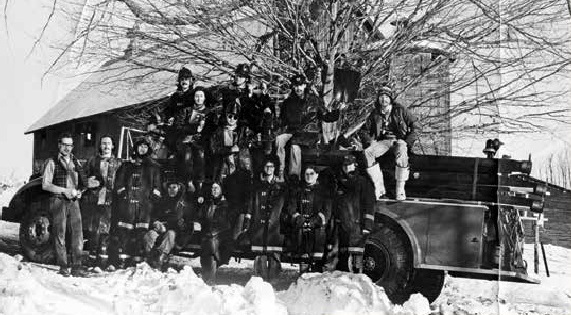 In the Winter 2018 Clockworks, we wrote about the Goddard College Fire Department and invited alumni to share their stories. John Chater responded with this write-up and update. Goddard’s “work jobs” helped keep costs down at the College while giving hands-on experience to the student.

Upon arrival at Goddard in fall 1958, I was assigned to Helen Pitkin as my adviser. She, along with a lot of good advice suggested I talk to Ronald, her son, about joining the fire department, which I did. She also suggested I apply for a work job with Bill and Miriam, at maintenance. This led to spending a lot of time around the ‘fire house,’ a small building, housing a sometimes working stationary fire pump.

Ronald and Bill talked about installing a new engine that Ronald had in an old GMC truck with a good engine. I was assigned the task of pulling the old engine out of the truck with a couple of other guys.

We set to work with a cutting torch and tools, and got the motor out and back to campus. Then the challenge began as we figured out how to adapt the motor to the pump, and get it working. Ronald did the engineering. It worked. We could now get fire hoses and water to the main campus buildings in case of a fire. As I remember, we busted a few hoses as we learned how to uncoil a fire hose so it wouldn’t kink and break, and lay the hose, so vehicles wouldn’t drive over them.

A year or so later, Ronald got a fire truck from the Waterbury Fire Department. Billy Hults, and I think David Teller drove the truck to Goddard. Upon arrival we tried and tried to get the truck to pump water from the cistern and finally realized there was a special way the pump had to be primed. Once we figured it out, what a rush, as water poured out of the hose. Sometime later during a bad fire in Plainfield, Freddy Fowler the Plainfield fire chief asked us to help fight the fire with the new truck. We had been accepted and from then on became members of the Vermont Fire Fighters Association. All Ronald’s doing. 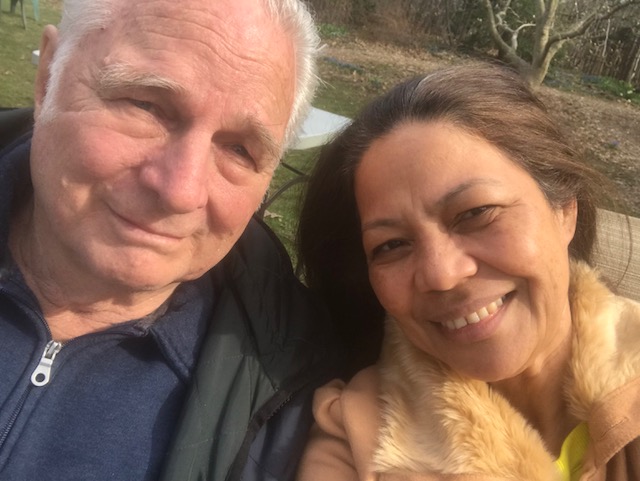 About 15 years after graduating from Goddard, I began working with Partners of the Americas. Vermont and Honduras are ‘partners’ in the program.

I always remember his observations, that everyone loves new equipment and wants new fire trucks. Ronald said, to help them start with the skills and equipment they have and build from there. That advice has become fundamental to my approach to rural development in Vermont and then Honduras and Latin America.

My wife and I still live in Honduras, where we have a small hotel called ‘El Cortijo del Lago’.