Cara Hoffman is the author of Running, a New York Times Editor’s Choice, an Esquire Magazine Best Book  of the Year, and an Autostraddle Best Queer and Feminist Book of the Year. She first received national attention in 2011 with the publication of the feminist classic So Much Pretty which sparked a national dialogue on violence and retribution and was named a Best Novel of the year by the New York Times Book Review.

Her second novel, Be Safe I Love You, was nominated for a Folio Prize, named one of the Five Best Modern War Novels by the Telegraph UK, and won a Sundance Institute Global Film Making Award.

A MacDowell Fellow and an Edward Albee Fellow, she has written for the New York Times, The Paris Review, Bookforum, Bennington Review, The Daily Beast,  Rolling Stone, Teen Vogue and NPR. She has been a visiting lecturer at Oxford University, and is a founding editor of The Anarchist Review of Books.Her collection of short stories, RUIN was published in April 2022. She lives in New York City and Athens, Greece.

My pedagogical approach centers on the principles of solidarity and mutual aid. I encourage students to see themselves as part of a broader literary community, to understand where their work fits within various artistic traditions, and to actively engage with contemporary intellectual and creative work in all disciplines. I encourage close reading, a solid understanding of foundational texts, and a focus on ethical engagement and critical inquiry. I believe writers must have diverse experiences as well as diverse reading lists.

Writing is an act of empathetic embodiment; bringing character, place, time and setting to life through lucid detail. This requires a deep focus on the sensory and a commitment to observation and research, to crossing boundaries and to radical acceptance of others’ experiences and perspectives. I want to see the alien, the unexpected, and the excluded in print.

I am deeply influenced by the writing, art and political philosophy of David Wojnarowicsz; believing that every revelation of an imagined world, every public disclosure of a private reality, can be used as dismantling tools against hegemony and erasure.

All Power to the Imagination. 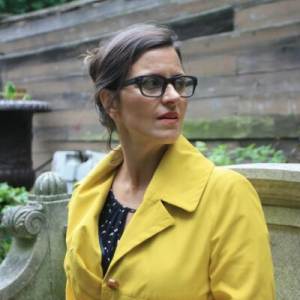