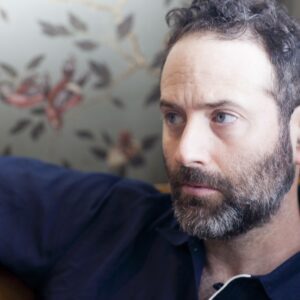 Dan O’Brien is a playwright, poet, librettist, and essayist. His play The Body of an American was co-produced off-Broadway at the Cherry Lane Theatre by Primary Stages and Hartford Stage (New York Times Critic’s Pick), at the Gate Theatre in London, and at theaters around the US. The Body of an American received the Edward M. Kennedy Prize, the Horton Foote Prize, the PEN Center USA Award, the Weissberger Award, and was shortlisted for an Evening Standard Theatre Award in London. His most recent play, The House in Scarsdale: A Memoir for the Stage, premiered at Boston Court in Los Angeles and received a 2018 PEN America Award.

O’Brien is the recipient of fellowships and residencies including a Guggenheim Fellowship in Drama, the Hodder Fellowship at Princeton University, and the Rockefeller Foundation’s Bellagio Center residency in Italy. His has received commissions recently from Center Theatre Group, Oregon Shakespeare Festival (American Revolutions), the Public Theater, and Portland Center Stage. Dan O’Brien: Plays One was published in 2018, and The House in Scarsdale: A Memoir for the Stage was published in 2019, both by Methuen Drama. His other plays are published by Samuel French, Broadway Play Publishing, Playscripts, and Dramatic Publishing.

O’Brien’s debut poetry collection, War Reporter, received the Fenton Aldeburgh First Collection Prize and was shortlisted for the Forward Prize for a First Collection. His other poetry collections are Scarsdale and New Life. A fourth collection, , is forthcoming from Acre Books (University of Cincinnati Press) in 2021. A collection of O’Brien’s essays entitled A Story That Happens: On Playwriting, Childhood, & Other Traumas was published in 2021. He has taught creative writing at Princeton University, Sewanee Writers’ Conference, University of Wisconsin-Madison, and elsewhere. He lives in Los Angeles with his wife, actor and writer Jessica St. Clair, and their daughter Isobel.

When I teach I hope to help writers discover and develop their own singular voice and conception of craft. I try to listen, to be a resource rather than an arbiter. I encourage experimentation and exploration, as I believe that exposure to a diversity of voices and styles can only improve one’s craft. I admire risk-taking, boldness, originality.

Speaking for myself and my own work, I don’t believe in fixed boundaries between genres; I always question what a play or poem or essay is or “should” be. I am skeptical of received notions of style and structure, while delighting in language and formal invention. I often write about trauma, and I have an abiding interest in work that is both intensely personal and politically pertinent. The most vital writing, in my opinion, exposes as it provokes.

I want to inspire the writers I work with, and to be inspired by them. Teaching is, for me, an ongoing dialogue, and I look forward to teaching and learning from you.