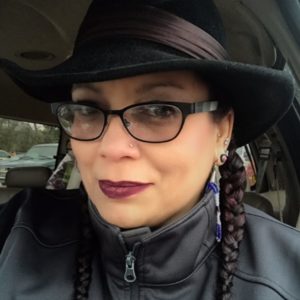 Carolyn M. Dunn is an indigenous poet, playwright, musician, director and actor whose identity includes Cherokee, Muskogee Creek, Seminole and Choctaw Freedman descent on her father’s side, and Tunica-Choctaw-Biloxi and French Creole on her mother’s. She is a founding member of The Mankillers, an all-women drum from Northern California whose cd’s All Woman Northern Drum and Coming to Getcha were released on Without Rezervation Records.

In addition to the award-winning Outfoxing Coyote, her books include Through the Eye of the Deer (with Carol Zitzer-Comfort) Aunt Lute Books, 1999), Hozho: Walking in Beauty (with {Paula Gunn Allen, McGraw Hill, 2002), Coyote Speaks (with Ari Berk, H.N. Abrams, 2008), Echolocation: Poems, Stories and Songs from Indian Country: L.A. (Fezziweg Press, 2013), The Stains of Burden and Dumb Luck (Mongrel Empire Press, 2017). Her plays The Frybread Queen, Ghost Dance, and Soledad have been developed and staged at Native Voices at the Autry in Los Angeles. Directing credits include The Red Road and Round Dance, both by Arigon Starr, 49 by Hanay Geoigamah, Sliver of a Full Moon by Mary Kathryn Nagle, as well as Nagle’s new play Sovereignty for Heller Theater Company at Tulsa Performing Arts Center. As an actor, she has appeared most recently Neechie itas, Missing Peace,  Perhaps the World Ends Here, and the world  premier of Distant Thunder. In February, 2019, Dr. Dunn completed a residency at the University of Michigan’s Global Theater and Ethnic Studies Program, commissioning her play Three Sisters, performed by the Anishnaabe Theatre Collective at Sugar Island.

Dr. Dunn is currently Assistant Professor in the Department of Theatre and Dance at California State University, Los Angeles, and is Artistic Director of Oklahoma indigenous Theatre Company in Oklahoma City. 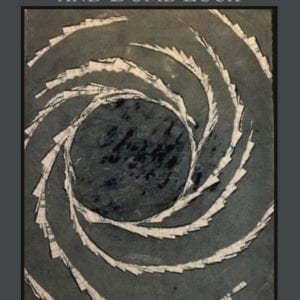 The Stains of Burden and Dumb Luck