Emi Knight (IBA ’15) and David Runge (IBA ’13), both members of the band Strawberry Runners, performed at Austin’s famous South by Southwest SXSW festival in March and were featured in Wired Magazine as a “band about to blow up.”

Grace Lowe’s (IBA ’15) documentary about gentrification, “Razing Up,” premiered at her senior study presentation in March. 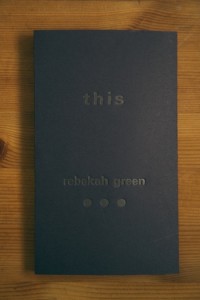 Damon McCloskey’s (IBA ’14) solo show of paintings, entitled “Lipstick Collars and Power Couples,” opened on May 1 at Converge Gallery in Williamsport, Pennsylvania. The show continues throughout May. 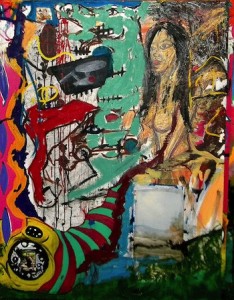 Otto Muller (Faculty) reports that a 50-min choreographic piece, “Animal,” that he composed sound for premiered at Spruce Peak Performance Art Center in Stowe, Vermont, in April.  The choreographer, Hanna Satterlee, is a Goddard MFA-IA student. Otto collaborated on the sound with Sean Clute, a composer/sound artist who teaches at Johnson State College.

Baco Ohama (Faculty) received a Visual Arts Project Grant from the Canada Council for the Arts. Baco writes, “I’ll be focusing on themes of loss and beauty, intimacy, remnants, and the resonant found. As a part of this work, I’ll be heading back to Washington, D.C. to spend time with Martha (who of course was the last surviving passenger pigeon and who died more than a hundred years ago).” This spring, Baco also completed her artist bookwork, a frail history: thirteen poems disguised as a passage.

Narelle Thomas (HAS ‘18) brought down house with her spoken word performance at Goddard’s Haybarn Theater during the spring UGP1 residency. Narelle was the opening act for Heartbeat, a group of Palestinian and Israeli musicians who performed to a packed Goddard and public audience. Check out the video!