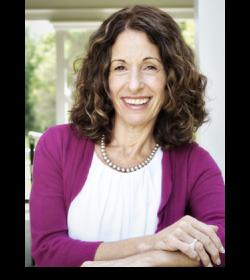 During my two years at Goddard, I have had the pleasure of connecting with hundreds of Goddard alumni, faculty, students and friends.

In June, MFAW Faculty member Aimee Liu graciously hosted a reception at her home in Los Angeles that allowed me to connect with more than 15 alumni from the west coast. In San Francisco, I met with former Goddard Trustee Ed Payne, a longtime friend and donor to the College.  I have been tremendously moved by their stories, their passions and the tremendous professional and volunteer commitments of the lives of Goddard graduates.

What strikes me is that Goddard’s mission – “to advance cultures of rigorous inquiry, collaboration and life long learning, where individuals take imaginative and responsible action in the world” — is alive and well in the world and held by our many thousands of graduates who continue to creatively, boldly, and passionately advocate for social justice, environmental sustainability, equal access to education, and democracy. As I noted in our recent EDUCATION commencement, this work is extremely challenging in today’s world as Goddard graduates may  be the lone wolves in their communities, trying to advance social change against a tide that can feel overwhelming.

I urge alums to reconnect with all that is Goddard – as a source of camaraderie and community, to find and refind like-minded spirits, who can nurture and inform each other. Come to campus, call us, attend a commencement, attend a concert, tune into WGDR on the web, email us and let us reconnect you – as we prepare to celebrate Goddard’s 150th anniversary year.

I invite all of you to stay in touch, share your Goddard story, and be on the lookout for plans for exciting events for the 150th anniversary year!