Join us at the Alternative Media Conference - Goddard College

Join us at the Alternative Media Conference

In 1970 alumnus Larry Yurdin (BA ’67) organized the first Alternative Media Conference at Goddard, a revolutionary event with the goal of creating media that “awakens rather than aestheticizes.” Goddard’s community radio station, WGDR, was one of the important outcomes of this ground-breaking conference. In the spirit of that original event, I warmly invite you to attend the 2013 Goddard College Alternative Media Conference on May 18. 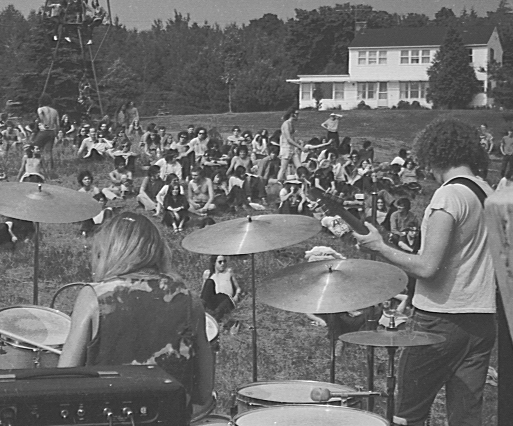 Join us for a day of TED-style talks, performances, panels and workshops. Progressive talk show host Thom Hartmann is keynoting and there will be talks by Bitch Magazine’s Andi Zeisler, and White House Correspondent and Bureau Chief for The Talk Radio News Service Ellen Ratner.

Members of the Goddard community will receive half-price admission to the conference – simply enter coupon code AMC2013 when registering online on our website.

We hope you’ll join us!

There will be film screenings with counter-culture video makers the Videofreex, a video collective that got its start at the original 1970 Alternative Media Conference, as well as in-depth panel discussions with former writers and video editors for The Onion Newspaper and News Network now currently writing at AdultSwim.com.

Artist Ben t. Matchstick is curating a series of performances throughout the day culminating in the Combustible Cabaret/Digital Vaudeville at 8 PM. The show will interweave old-world street performance styles of kamishibai, cantastoria, and puppet shows with the future in multimedia, video projection, and hip-hop linguistics.

Goddard has always been strongly committed to embracing and exploring the alternative. This conference will examine the continued role of alternative media in a world of free, 24-7 information.

This conference will explore how information and creators can continue to sustain their efforts and serve an often-anesthetized public continually in need of awakening. Journalists, policy experts, artists and satirists attendees will delve into new and old modes of communications.

In many ways this conference is about bridging the old and the new. The first Alternative Media Conference gave birth to WGDR – forty-three years later, what can we expect to arise from this new conference, which has been organized in the spirit of the original? We will also discuss how to adapt and sustain older styles and modes of communication that are still critical to community, activism and keeping the general populace informed.

About the original conference

Atlantic Records donated 5,000 dollars and shipped in Dr. John, Cactus and the J. Geils Band to put on concerts. Many conference attendees went on to exciting media careers, including Hendrik Hertzberg, a senior editor at The New Yorker, and Danny Goldberg, whose company has managed the careers of rockers Nirvana, the Allman Brothers and Bonnie Raitt. The conference is remembered as the birth of alternative media and continues to be held as a time that was rich in urgency for change.

We look forward to seeing you at the Goddard Alternative Media Conference on May 18th!