Plainfield, Vt., and Port Townsend, Wash.— The Goddard College Board of Trustees has announced the appointment of Robert P. Kenny as the 11th president of Goddard College, where he has been serving an interim appointment since April 30, 2014. The board recently voted unanimously to convert his interim contract to a three-year appointment as president starting July 1, 2015.

“Goddard has been in a time of transition since former president Dr. Barbara Vacarr stepped down in January of 2014, and we are pleased with the work Bob has done to bring stability to the College,” said Board Chair Avram Patt. “The College is on stronger footing as a result of Bob’s collaborative leadership with faculty and staff. With their support, we are pleased to offer him the presidency.” 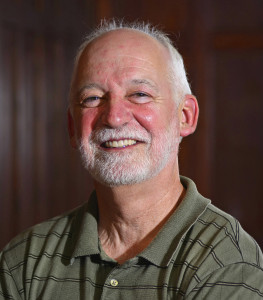 “I am pleased to accept the role of president and humbled by the confidence placed in me,” said Kenny. “In addition I am thankful for the work of the whole Goddard community in addressing the challenges with which we were presented this past year, and to which we dedicate our continued efforts moving forward.”

About Goddard College
Goddard College was initially founded as the Goddard Seminary in 1863 in Barre, Vermont. In 1938, the College moved to the Greatwood Campus in Plainfield and was chartered by founding President Royce “Tim” Pitkin. In 1963, Goddard became the first U.S. college to offer low-residency adult degree programs. Now offering accredited MA, MFA, BA and BFA degree programs from the main campus in Plainfield, Vt., and sites in Seattle and Port Townsend, Washington, Goddard’s low-residency education model offers the best of on-campus and distance education, with experienced faculty advisors, rigorous campus residencies, and the freedom to study from anywhere. More at goddarddev.wpengine.com