Plainfield, Vt. – Goddard College today announced the founder of 350.org, author and climate change activist Bill McKibben will be the Visiting Professional for its Undergraduate Studies Program spring 2015 residency. He will give a public talk and slideshow presentation at Goddard College in Plainfield on Sunday, March 1st at 7:15 p.m.

“We invited Bill McKibben to speak at Goddard to help us celebrate our divestment and to educate our undergraduate students about the current trends in fossil fuel resistance that’s happening around the world,” said BA in Sustainability Program Faculty Advisor Catherine Lowther. “We are honored to have such an accomplished climate change activist inspire our students and support the College’s mission,” she said.

Goddard College finalized its divestment from fossil fuels in January.

McKibben’s talk, entitled “A Report from the Front Lines of the Climate Fight,” will describe the emerging fossil fuel resistance being led by a mix of indigenous people, front line communities, and committed scientists from around the world.

The talk is free and open to the public, with seating on a first-come, first-served basis. It will also be aired live on WGDR, Goddard College Community Radio, at 91.1FM (Plainfield) and 91.7FM (Hardwick). 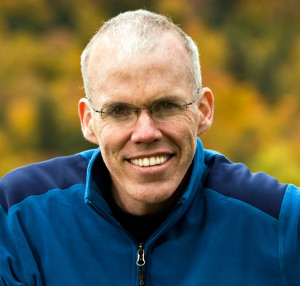 Bill McKibben is the founder of 350.org, a grassroots, global climate movement of online campaigns and mass public actions coordinated in over 188 countries. He is the recipient of the 2014 Right Livelihood Award, the Schumann Distinguished Scholar in Environmental Studies at Middlebury College, and the author of many books, including The End of Nature, the first book about climate change published in 1989.

Goddard College was initially founded in 1863 as the Goddard Seminary in Barre, Vt. The College moved to its current Plainfield campus and was chartered in 1938 by founding President Royce “Tim” Pitkin. In 1963, Goddard became the first U.S. college to offer low-residency adult degree programs, and now offers accredited MA, MFA, BA, and BFA degree programs from Plainfield and sites in Seattle and Port Townsend, Wash. Goddard’s intensive, low-residency, student-centered model offers the best of on-campus and distance learning, with experienced faculty advisors, rigorous campus residencies, and the freedom to study from anywhere. More at goddard.edu.