Newcomb Greenleaf often describes himself as a Temple Geometer, an identity in which he can express himself as artist, meditator, or renegade mathematician. He refers to Japanese Temple Geometry (JTG), a practice that is artistic, contemplative, and intellectual. While late in finding his own inner artist, he has learned to uncover shapes within marble, recently became a published poet, and continues to make art from JTG. After starting on a Tibetan Buddhist path and being authorized to teach, Newcomb now considers himself a Buddhist Christian. He remains engaged with the meeting of dharma and science, with a keen interest in the science of vision, and is morbidly fascinated with quantum theory. As a mathematician, Newcomb turned renegade when he lost his Platonist faith and came to see math as socially constructed, and now cites the example of JTG. He knows the trauma that math causes in school, particularly when combined with racism and/or sexism. Seeing the Math as Lived Experience requirement as an opportunity for healing, he has helped many students to have fun fulfilling it. He worked for many years in a restorative enclave of the criminal justice system of Vermont, and practices Nonviolent Communication.

I am inspired by the idea of Goddard as a learning community, in which mutual learning flows through many channels. The dining hall may be our most important classroom. When the advisorial relationship is most vital, it’s often not clear who is teaching who, or who is learning the most. Sometimes it’s helpful for an advisee to imagine that their advisor is a bit dim, so that things must be explained in clear detail. And sometimes I am a bit dim. We’re all allowed. I love teaching, mentoring, learning at Goddard, but it took me a long time to get here.

Fifteen years after getting my doctorate in pure math, I was tenured at UT Austin, set for a secure life, when I lost my Platonist faith that the truths of math were transcendental, beyond culture, beyond humanity. This happened because I had two colleagues who were close to the great maverick mathematician Errett Bishop (1928-1983): one got me curious about Bishop’s thought; the other mentored me through the complex revision of interlocking beliefs that shift when you move from Plato to Bishop, when you come to see math as embodied and socially constructed, and thereby to see it as powerful.

The Texas math department had about 60 full time faculty, and I was the only one who understood Bishop’s work. They were not hostile to me, but really couldn’t see the point, for their mathematics seemed perfect to them. The idea of spending the rest of my professional life like an atheist among the Baptists began to have less appeal. Then I met the Buddhist teacher Chögyam Trungpa whose magnetic appeal swept me away from academia into a Tibetan orbit, and into teaching Buddhist meditation and philosophy. My life was never again to have the cozy certainty of tenure. It was a close call. Saved by the conjunction of Trungpa and Bishop.

I became interested in the interaction between Buddhism and Western science. At Naropa Institute (now University) I co-directed a Summer Institute in Buddhism and Cognitive Science, which led to the first Mind & Life meeting of Western scientists with the Dalai Lama. By that time I was teaching computer science and my role was to explain “artificial intelligence” to His Holiness. The results are in the book Gentle Bridges.

I ended my time in orthodox academia with 8 years teaching computer science at Columbia. The shift from math to computer science was easy because Bishop actually saw math the way many computer scientists do, as algorithmic rather than logical. I had a basic understanding with my CS colleagues that I don’t have with Platonist mathematicians. In Goddard terms, I see math as doing more than knowing. I came to believe that Bishop did not go far enough in the algorithmic direction, and I continue to write in that vein. I will save the rest of the story for the dining hall, and for a book whose working title is: Bible or Cookbook: How to Read the Book of Math.

I now think of myself as an ethnomathematician, someone who focuses on math as a part of culture. Math and culture interact in many dimensions. For instance, the relationship of math to the arts can be considered part of ethnomathematics. While math and music has been a theme in several workshops and many packets, my biggest involvement has been with math and visual arts.

I am fascinated by the example of Japanese Temple Geometry, by the divergent mathematical paths followed in Europe and Japan over 250 years of cultural isolation, and by the example of math being done in sacred settings, with painted panels of geometry problems hanging in temples for contemplation. These panels, called sangaku, have inspired me to turn the temple geometry diagrams into art in a very different way, on the computer. This project continues, with a possible aim of producing a coffee table book.

Malas are the rosaries of India and Tibet, and the normally have 108 beads. Was the number 108 already sacred, or did it become sacred through malas? I was asked to write an essay about 108 for a book of 108-inspired work by the artist Catherine Eaton Skinner, and when I finally had an idea and started writing, the essay insisted on manifesting as verse. Later I created some visual art involving rectangles with area 108, using processes like those I employ with temple geometry diagrams. My output seems to be turning poetic. I have also written a poem about Galileo and time, and devised a new poetic form, the Fibonacci.

Mathematics may hold the dubious distinction of being the “whitest” academic discipline, and math classrooms give an excellent opportunity to see how racism can persist powerfully despite the best of intentions. The work of Danny Bernard Martin has opened my eyes to the necessity of redefining “learning”, “race”, and “math” to begin to understand the dynamics of colorblind racism. See his anthology The Brilliance of Black Children in Mathematics. My concern has widened to whiteness in general and my whiteness in particular. Realizing that I am among those “new people who have been brought up hopelessly, tragically, deceitfully, to believe that they are white”, as Ta-Nehisi Coates put it, has radically changed my perspective and is infecting my actions. 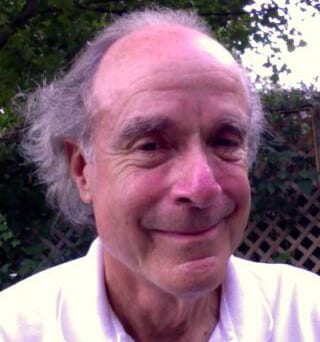