Deborah Brevoort writes plays, musicals and operas. She is best known for The Women of Lockerbie, which won the Onassis international playwriting competition and the Kennedy Center Fund for New American plays award. Translated into nine languages, the play is regularly performed around the world. Her other plays, which have been produced in regional theatres in the US and internationally, include Blue Moon Over Memphis (a Noh Drama about Elvis Presley), The Poetry of Pizza, The Blue-Sky Boys, The Comfort Team, The Velvet Weapon and My Lord What Night. She is a two-time winner of the Frederick Loewe award in musical theatre for King Island Christmas and Coyote Goes Salmon Fishing. Her operas include Embedded and Steal a Pencil for Me, both of which won the Frontiers competition at Ft. Worth Opera. Her work is published by Dramatists Play Service, Samuel French, Applause Books and No Passport Press. She’s an alumnus of New Dramatists, a member of the National Theatre Conference and a cofounder of Theatre Without Borders, dedicated to international theatre exchange. She serves as a mentor to the Rainmaker Project in Kenya, which is dedicated to creating new musicals by Kenyan composers and writers.

My interests as a writer have always had an international focus, and my plays, musicals and screenplays have often used theatrical conventions and forms from around the world to explore contemporary American subjects.

For example, I have written a Japanese Noh Drama about Elvis Presley (Blue Moon Over Memphis); a musical comedy inspired by world mythologies and Saturday morning cartoons (Coyote Goes Salmon Fishing); and a contemporary drama about the aftermath of terrorism written in the form of a Greek tragedy (The Women of Lockerbie). My play, Into the Fire, draws on the methods of magic realism from Latin American novels to dramatize life in an Alaskan fishing town.

This eclecticism informs my teaching. I try to expose my students to conventions and techniques found the world over in order to build a flexible tool kit that will help them create works that can speak to our global community.

I take a “mechanics” approach in my teaching as well. I like to rip apart plays and movies to see how they work technically and I encourage my students to do the same. I believe that there are no limits to what you can do on the stage, screen or page.

I also believe that the audience is quite adventurous. This comes from producing theater in Alaska for 15 years. I was one of the original company members and the producing director of the Perseverance Theatre, where I learned over and over that audiences will follow you just about any place you want to go provided you prepare them through your craft for the journey.

My recent plays include: My Lord, What a Night, about Marian Anderson and Albert Einstein commissioned and produced by Premiere Stages; The Comfort Team, about military spouses during the surge of Iraq, commissioned and produced by Virginia Stage; The Poetry of Pizza, a cross-cultural comedy about love, produced at Purple Rose Theatre, Mixed Blood, Virginia Stage, California Rep and others; The Blue-Sky Boys, about NASA’s Apollo engineers, commissioned by the EST/Albert P. Sloan Foundation Science and Technology project and produced at Barter Theatre and Capital Rep; The Velvet Weapon, a backstage farce, written with a CEC ArtsLink grant and a playwriting fellowship from the New Jersey Council on the Arts and the winner of the Trustus Theatre new play festival.

Previous plays include: The Women of Lockerbie, published by Dramatists Play Service. It was originally produced off-Broadway and has had 450 productions to date. Blue Moon Over Memphis is published in Japanese by Musashino University and by Applause Books in The Best Short Plays of 2004. It is currently being produced in the traditional Noh style by Theatre Nohgaku of Tokyo, who will begin touring their production in 2016/17. Signs of Life won the Jane Chambers award and was a Pinter Review Prize for Drama gold medalist. It is published by Samuel French, as is Into the Fire, which won the Weissberger Award.

My operas include: Embedded, inspired by Edgar Allan Poe, with composer Patrick Soluri, commissioned by the American Lyric Theater and produced at Fargo Moorhead Opera and Ft. Worth Opera, where it won the Frontiers competition; Steal a Pencil for Me, a Holocaust love story based on the book of the same title, with composer Gerald Cohen, which also won the Frontiers competition at Ft. Worth Opera and premiered at Opera Colorado; and new adaptations of Mozart’s The Impresario and Johann Strauss’s Die Fledermaus (set in the world of Alaskan Reality TV), both of which were commissioned and produced by the Anchorage Opera.  My opera libretto for Albert Nobbs was a finalist for the Pellicciotti Prize in Opera Composition and is currently in development.

Screenplays: Covered Dishes, written with a commission from Fox Searchlight and Goat Cay productions; and Mexico in Alaska for Fox Family Films. New projects include: Crossing Over, a hip hop musical set in Amish country with composer Stephanie Salzman; Loving (a musical about Loving vs. Virginia) with composer Diedre Murray. 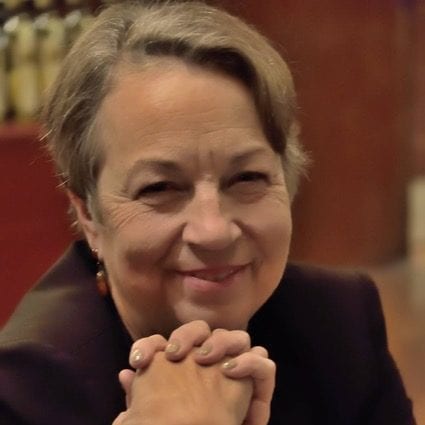