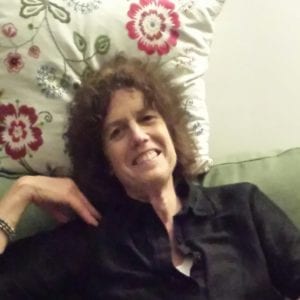 Lise Weil is a Chicago-born writer, editor and translator who has been based in Montreal since 1990. Her stories, essays and translations have been published in numerous literary journals in both the U.S. and Canada. She was founder and editor of the U.S, feminist review Trivia: A Journal of Ideas and of its online offshoot Trivia: Voices of Feminism. She is founder and editor of Dark Matter: Women Witnessing. Her collection of Mary Meigs’ writings on aging, Beyond Recall, was a finalist for a Lambda Literary Award. Her translation of Verena Stefan’s Doe a Deer was selected for the Dalkey Archive anthology Best European Fiction 2011.  She is currently completing a memoir, In Search of Pure Lust.

I used to call myself a “recovering academic” but after twenty years of teaching at Goddard, there is not much of the traditional academic left in me. My formal training is in comparative literature, but I’m sure I’ve learned more from the students I’ve had over the years and the brave hard work they’ve done to piece themselves and the world back together again. That and my meditation practice, in both Zen and Vipassana, which dates back to 1986. For the last nineteen years I’ve studied Tai Chi with an exacting Chinese master who once boasted that he had done “forty years of research” in Tai Chi.  As far as I know he never once cracked a book, and I am just beginning to understand how such a thing is possible. Though I get as excited as ever by good writing, and I believe radical ideas need to be grounded in rigorous and disciplined thinking, my teachers now are just as likely to be cats, trees, rocks—or my own body. I bring the knowledge I draw from all of these teachers to the IMA’s focus area in Embodiment Studies, which has served as a container some truly groundbreaking and compelling student work.

Uppermost in my mind most days is our relationship as humans to the nonhuman world, which is going to have to change radically if we’re to have a liveable future. It seems to me that any serious thought in this historical moment has to take into account the accelerating threat to our ecosystems posed by human ignorance and greed. I also believe that our way out of this mess is going to require listening to voices we’ve exiled or ignored until now, including those of animals, plants and the earth herself. These days, it is thinking and writing that takes on these questions and tasks that most intensely engages me (see the online journal I recently founded, Dark Matter: Women Witnessing). That said, I’m attracted to just about any form of deep exploration, especially those that acknowledge mystery.

Feminist passion drove most of my thinking and writing in the 80s and 90s. In 1982 I founded Trivia: A Journal of Ideas, an award-winning radical feminist literary and political magazine, which I edited for nine years. I was also editor of its online relaunch, Trivia: Voices of Feminism, from 2004 to 2011. The feminism I was and still am committed to is not just about women’s rights, but about subverting a toxic system of domination and fragmentation that is increasingly putting all sentient life in jeopardy. If I had to reduce it to a two-word bumper-sticker it would be: WITCHES HEAL. I’m aware this is at odds with most other versions of feminism (esp. celebrity ones) operating today.

Oh and I write. My short fiction, essays, reviews, and translations have been published widely in journals in both Canada and the U.S. and I’m now completing a book of creative nonfiction titled In Search of Pure Lust that’s been ten years in the making. As both teacher and editor, I’ve worked with writers in memoir, critical and personal essay, fiction, plays, and hybrid forms. My specialty is helping break writers out of the academic mold, a form of self-censorship with which I have special sympathy.

I moved to Montreal in 1990, in large part because of the experimental writing scene here. These many years later I am still in love with this city—for its mix of cultures and languages, its café life, its year-round festivals, and its proximity to wilderness. I spend summers in a cabin in the woods an hour north of the city where I host annual retreats for women writers centered around dreamwork. 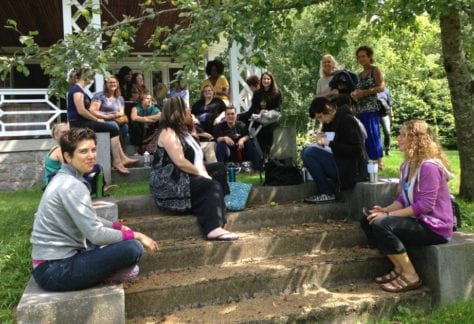