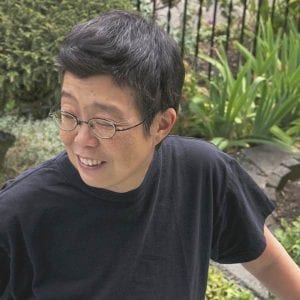 Laiwan is an artist, writer, and educator recognized for her interdisciplinary practice based in poetics and philosophy. Born in Zimbabwe of Chinese parents, she immigrated to Canada in 1977 to leave the war in Rhodesia. She exhibits her work regularly, curates other artists, engages in performances and collaborations, and publishes in anthologies, journals and community publications. Her practice investigates embodiment through performativity, audio, music, improvisation, and varieties of media, along with bodily and emotional intelligence, so as to unravel and engage presence. She was Chair of the Board of Directors at grunt gallery (2010-2014, Vancouver, Canada).

I am interested in ‘relationships’ of things within phenomena or events. In discovering how relationships have brought us to where we are today, in this moment here and now, perceiving and moving in the world the way we do, and what we do to make ourselves conscious of and conscientious to the choices we make. I am interested in how we can reshape time and space creatively so that we can be living as true and honest as we possibly can while walking this earth lightly.

Based in Canada, I have been a practicing interdisciplinary artist and writer for over thirty-five years, interested in poetics and philosophy. I’ve worked with two and three-dimensional media, found objects, assemblages, collages, performance, relational practices, interventions, installations, public commissions, book publications and multiples, audio and music, film, video, and computer multimedia. I have exhibited in Canada, Europe, Japan and parts of the U.S. My writing has been published in arts, feminist, queer, and literary publications and there are three catalogues about my work available. I have made two experimental videos Remotely In Touch (1998) exploring how digital imaging shapes of how we perceive and move in the world, and, Automatopoiea (2004) exploring sound, ‘machine-being’ and improvisation.

Since 1988, I have organized politically and with grassroots groups within the arts, in feminist, gay/lesbian and ‘of colour’ community activism. I have worked as a writer and editor in arts and community publications and have training in graphic arts and offset printing. I started an experimental gallery for emerging artists in Vancouver (1983) and have curated various programs in film/video festivals, exhibitions in galleries, and initiated projects to research and document the lives of women artists in Zimbabwe (1990-2). My MFA (1999) research explored the relationship of contemporary technologies to bodily epistemologies and began with a question “why do we want to become an information culture?” I am interested in improvisation and spontaneity so as to break out of constrictive perceptual boxes that are particularly emphasized in our Western technocratic culture. I am also interested in the perceptual shifts within this culture in how it erases other cultures older than ours.

Two key things in my childhood were formative in shaping who I am today: The first is I was born in Harare, Zimbabwe of Chinese parents. Zimbabwe at that time was called Rhodesia and was governed by an apartheid system of rebel colonials who did not want to give the British colony back to the indigenous people. To be a Chinese girl growing up in this milieu, I learnt things are never simply black and white. As an outsider, I was highly visible while at the same time highly invisible and I learnt there are subtleties around us everywhere in every moment that may be imperceptible and incomprehensible but we can work to make creative sense of it. Chinese people at that time could only have certain roles or occupations in this type of society — storekeepers, labourers, teachers in ‘coloured’ areas, etc. My positioning and its constructs created curious relationships for me between the odd social public ‘norms’ of Rhodesian society and my private home life. I continue to decipher many of these relations today in how they invariably inform and shape my work and in how they persist and exist in a variety of forms in North America.

The second thing contributing to my shaping is that at that time there were no pre-schools for me to attend. So between the ages of three and five I would accompany a family member on their daily chores or to their work. I remember often accompanying my father in his car while he drove from factory to factory picking up goods for his store. He wasn’t a very good businessman as it wasn’t his calling in life, so these drives were a wonderful escape for both of us. In these moments he would tell me stories from Chinese History and about Chinese Philosophy and I was happy to sit next to him and listen. When I wasn’t with my father, I was with either of my two half-sisters. One was an English teacher at a school for indigenous Zimbabweans, who often visited with writer friends, poets and others who were interested in politics. I would play or sit with them while they had discussions. My other sister was an Art teacher in a high school for ‘coloured’ children and she would take me to her classes and place me in a room with art supplies, where I would spend time drawing or painting while she taught.

Today, as an interdisciplinary artist and writer, I realize how my childhood has nurtured in me passions for philosophy, art and writing as well as for discussion, listening, observation and reverie. This is where I learnt about opening time and space to enable to see how things are never as we were told or first perceived and to learn how to allow things to reveal themselves. 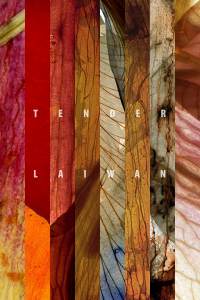 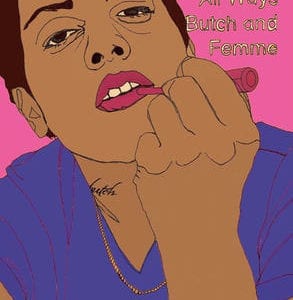 Embodying Hunger and Desire with a Fistful of Bliss