Turkey’s attack on civilians and People’s Protection Units (YPG) in the Rojava region of Northern Syria is not merely an attack on US allies that effectively fought against ISIS. It is an attack against one of the most ambitious examples of direct democracy in the modern world.

In the early 2000s, Abdulla Öcalan, the imprisoned leader of the militant Kurdish Worker’s Party (PKK) discovered the work of former Goddard professor, Murray Bookchin.  Bookchin’s theory of “libertarian municipalism,” changed his political vision. As a result, Öcalan developed a system where municipalities make decisions about their own assets through communal assemblies. These assemblies send deputies to larger people’s councils, charged with administrative tasks.  Since 2012, this experiment in direct democracy or “confederalism” has been enacted in the Rojava region of Northern Syria. In the midst of civil war, this region of 2 million people has become one of the safer parts of Syria. It has become a home to refugees, and has produced one of the most successful forces against the Islamic State.

Murray Bookchin started the Institute for Social Ecology at Goddard in 1974. Through that project, he brought anarchist, libertarian, and socialist political theory into dialogue with ecological thought, and proposed new models of human organization.  His work is increasingly relevant now in a time of increased authoritarianism and ecological crisis—two problems that Bookchin understood as inherently linked:

In addressing the sources of our present ecological and social problems, perhaps the most fundamental message that social ecology advances is that the very idea of dominating nature stems from the domination of human by human. The primary implication of this most basic message is a call for a politics and even an economics that offer a democratic alternative to the nation-state and the market society.

Bookchin laid out a framework for this democratic alternative, which he referred to as “confederalism”:

A confederalist alternative would be based on a network of policymaking popular assemblies with recallable deputies to local and regional confederal councils.

The Autonomous Administration of North and East Syria has put this into place. They have created a nestled structure of community and neighborhood assemblies, which send representatives to district councils. Integrated into this model is a feminist imperative that women’s councils work at every level as a counter-measure to patriarchy.  While there are critiques of the Kurdish nationalism of the PKK and its influence in Rojava, the charter of the Autonomous Region is explicitly multi-ethnic. This system has maintained a functioning society in the midst of civil war and refugee crisis.  The People’s Protection Units (YPG) and all-female Women’s Protection Units (YPJ), have been key US allies in the fight against ISIS.  Rojava itself has been an inspiration to all of those who continue to imagine new possibilities for human society that are based in collaboration, equality, and collective action.

A pamphlet by current Goddard student, Emily McGuire, offers a very accessible discussion of Bookchin, Social Ecology, and its manifestation in Rojava.

On Sunday, October 6th, President Trump spoke with Turkish president Recep Tayyip Erdogan. In this call, Trump agreed to pull American troops out of Northern Syria so that Turkish troops could attack the YPG. Since then, the Turkish military has begun killing American allies and driving out the Kurdish civilians who had been living in Rojava in relative safety. The Turkish government sees the YPG as an extension of the militant PKK, which they consider a terrorist organization.

The future of Rojava and the millions of people living there is uncertain.  It remains to be seen what actions of solidarity can impact their fate.  It is essential, though, that the history of this aspirational political project be known, understood, and shared—that the hope and possibility that Rojava symbolizes is not laid to waste by machine guns and mortar fire.

To get more information about Goddard College’s unique low-residency, design-your-own-study, go to https://apply.goddard.edu/register/inquire 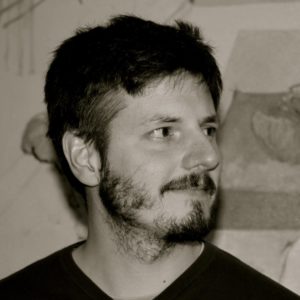