While talking with my friend, Catharine Slusar (MFAIA 2015), about her recent production of Erik Ehn’s The Saint Plays, she mentioned that the Greek etymology of the word martyr is ‘to witness.’ Having just completed the principle work on an MFA in Creative Writing, in which one thread of my inquiry was focused on the role of the artist as a public intellectual, I’d been thinking a lot about the ways artists are called to witness.

Catharine’s coupling of two words I’d previous held separate, martyr and witness, provided a bracing reminder of the danger inherent in making a commitment to deep presence to the world, especially when one feels compelled to name what one sees. A few days later I was reminded of another danger when the writer Justin Hocking posted this to his Facebook page: Listening to Sandra Cisneros on L.A. Public radio: ‘write your most difficult stories so those stories can no longer hold a knife to your throat.’ In just a few words, Cisneros conveys the urgency with which we need to speak truth to power, while letting us know that to resist exposing what we’ve seen—what we know as truth—is to agree to be the keeper of our own captivity. She lets us know that like seeing and speaking, seeing and remaining silent holds danger, too. How are artists to hold this particular paradox?

In January 2016, the Master of Fine Arts in Interdisciplinary Arts-VT residency theme, Artist As Witness, will consider the tensions inherent in the act of bearing witness. While my recent inquiry was largely focused on contemporary artists, Ehn’s broad focus on saints in his plays provides a signpost to the longer history of this tradition. Prophetic traditions—such as those that come to us through Abrahamic texts and Ancient Greek religious and cultural narrative—inform the ways we understand the ethical imperative to witness (and respond to) moral crisis and injustice. 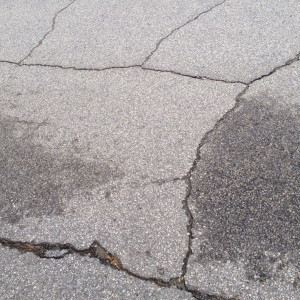 We learn early that prophets often meet unfortunate fates, ranging from ridicule to torture, exile to death. Prophets come to be valued after they’re gone because absence can serve to domesticate the gadfly. The contemporary revival of James Baldwin’s thinking, for example, has been critiqued because it allows structural racism to be put in the past tense. And, more problematically, it allows white liberals to embrace (and claim) a black man’s voice without having to embrace a black man. Yet even in death Baldwin resists domestication, and a close reading of his thinking reveals a complicated project. As his biographer, Douglas Field, has recently written, Baldwin “was only too aware that an artist, as he put it, ‘has always been a disturber of the peace.’” And Field concludes, “Baldwin’s work is frequently contradictory and inflammatory; he is a writer who confounds and therefore remains both reflective of his turbulent age and relevant well beyond it.” (All Those Strangers, p. 7)

Baldwin was prescient, writing not just to his moment, but to our present day—and very likely, unfortunately, to our future. It’s no mistake that his early intellectual training was informed by his brief career as a Pentecostal preacher; he understood the nature and consequence of the prophetic voice. And while in his lifetime he faced plenty of scorn, ridicule and took self-imposed exile, he wasn’t martyred in our contemporary sense of the word. But his contemporary, The Rev. Martin Luther King, Jr., another figure of enormous visionary complexity, who’s also regularly in danger of being domesticated by the forces of white supremacy, certainly was. King’s murder publicly enacted the extreme danger both these men knew they were navigating, but that’s most often encountered on smaller stages by people simply trying to live and work with integrity. 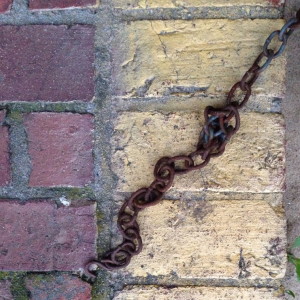 I’ve recently had the experience of speaking a personal truth and having my substantive concerns belittled as ‘hurt feelings.’ On a very small scale, that’s how power is abused: people reframe and dismiss what they don’t want to see. In domestic violence it’s how perpetrators erode the agency of victims, and on a public stage it’s the way that systemic inequality and violence are privatized and recast as individual deficiency. This is how power blinds and silences, and too often builds toward something explosive.

But some people will always see injustice and will take risks to name it. And, as we hear competing views, new consensus grows, new stories get told, and new forms of resistance begin to emerge. While this sometimes makes change aggravatingly slow, it also points to the places where an artist’s work can shift discourse, where artists can help facilitate the many voices necessary to make change.

When Catharine and I worked together during her graduate studies, she directed Antigone, casting Tiresias, the prophet of Thebes (a blind man who sees more than anyone else), as a chorus. Antigone is an ancient play, but Catharine’s production placed it in the context of the Boston Marathon bombing giving it contemporary urgency. Just as Creon forbade the burial and mourning of Polynices, her production asked us to consider the consequence of our unwillingness to bury Tamerlan Tsarnaev in American soil. When Tiresias reveals that Creon’s sacrilege will cost him his own family, the chorus proclaims his judgment in seven languages simultaneously. The multi-vocal performance of Tiresias’ voice, framed by Catharine’s direction and enacted by her fellow artists, allows one to feel as if all of nature has witnessed Creon’s sin. One leaves the performance understanding that truth is made of many voices. And that it’s rarely gentle.

Learn more about the MFA in Interdisciplinary Arts program by joining an Admissions Conference Call this spring!