Kyle Bella (MFAW ’14) had an essay called “Queering racialized bodies,” which explores the relationship between the poetry of Akilah Oliver, Ronaldo Wilson, and the intersections of queer identity and race published online at the Jacket2.

Tony Mena’s (MFAW ’14) work was accepted for a non-fiction veteran anthology that’s going to be put out by University of Nebraska Press this upcoming spring.

Bill Rosenthal (MFAW ’12) has been hired as a writer for George Lopez’s new series, Saint George, which premieres on FX in either October or January.

Karen Walasek received a travel grant from Portland State University to present her paper “Beyond Economic Terms: The Illegitimacy of ‘Moral Hazard’ in Measuring the Human Context of Debt at the Society for Values in Higher Education” at the Educating for a Better World conference, which was presented in July at the University of Denver.

Shelly Weathers’ (MFAW ’13) short story “The House of Broken Dishes” was named the winner of the 2013 Beacon Street Prize in Fiction.  The contest was judged by Amy Hempel. 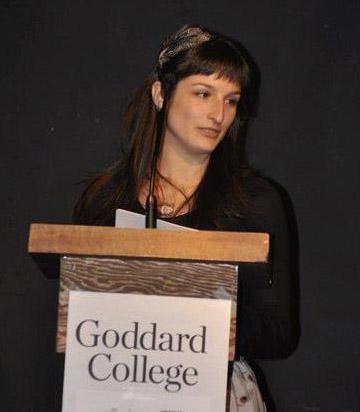 Chelsea Werner-Jatzke (MFAW ’13) (pictured) will be one of four Jack Straw Writers reading at Elliott Bay Bookstore in Seattle on August 2 at 7:00 pm. She will be reading from the 2013 Jack Straw anthology which will also be available for sale at the event.

Deborah Brevoort‘s Amish Hip Hop musical written with composer Stephanie Salzman has been selected for the inaugural ASCAP New Musical Theatre Festival at the Lied Center in Lincoln, NE. Over 100 new musicals competed for three slots in the festival.  Also, her backstage farce, The Velvet Weapon is the winner of the Trustus Theatre’s national playwriting competition.  Over 400 plays were submitted for the annual contest; the winning play receives a full production.  Trustus Theatre, based in Columbia SC, will present a staged reading of the play on August 10th.  The full production will take place in August of 2014.

Kenny Fries received a Research Visit Grant from the DAAD (German Academic Exchange) to begin work on On the Other Side of the Wall, a new book.  He will be in Germany for four months this fall, three months of which will be supported by the DAAD.  His research will be focus on looking at the lives of disabled Germans in what was East and West Germany, to explore the experiences of growing up in the same culture but under different social/political structures, the starting point for this new book.

Michael Klein was a participant in the New York City Poetry Festival on Governor’s Island on Saturday, July 27th and read with Alina Gregorian and Farrah Field. On August 2nd and August 3rd he was part of a poetry panel at Outwrite in Washington DC and gave a reading with contributors to the gay journal Assaracus. 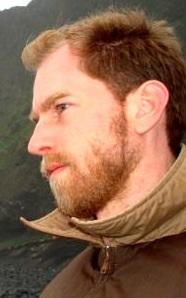 Douglas A. Martin (pictured) read in New York on July 15th as part of “Dirty Looks: On Location,” a series of queer interventions in New York City spaces.  He read with Christopher Bram, Jeanine Olsen and others from the Love Letter Collection, a public project that has been running since 2001.  Douglas also recently published was an exchange with fellow faculty member Michael Klein on some thoughts on the poetic endeavor in The Conversant, a valuable resource very open to publishing such exchanges.  Bhanu Kapil has also been featured.  Also, rights to his most recent novel, Once You Go Back, have been sold to audible.com.

Victoria Nelson was interviewed in July about her book Gothicka on the NPR radio show “To The Best of Our Knowledge” along with interviews with Neil Gaiman and Anne Rice.

Richard Panek has an interview on the Scientific American website.