Kyle Bass has been commissioned by the Onondaga Historical Association to write a play based on events of 1839 involving a fugitive enslaved woman, abolitionist Gerrit Smith, and a young Elizabeth Cady (Stanton).

Rebecca Brown had a number of events in Seattle in January and February:  A conversation with Michelle Dunn Marsh of the Photo Center Northwest on Picturing/Words.  They talked about issues raised by the awesome new show at PCNW “Question Bridge: Black Males & Seen”.  She also was on a panel: “Writing Under the Influence: Kafka at Hugo House”.  Ryan Boudinot, Eric McMillan and Rebecca talked about, read from, fawned over Kafka.  And, finally, in February, Rebecca and Kim Fu appeared at the Project Room in to talk about Kim’s first novel For Today I Am a Boy (yes, named after the Antony song!)

Susan Kim’s paperback of the first book of the YA trilogy she wrote with her partner, Laurence Klavan, has been published.  It’s called Wasteland and it’s published by HarperCollins. The hardcover of the second volume, Wanderers, will be out in late March.

Michael Klein’s essay, “Risk Delight: The ‘I’ at the End of the World’ will appear in the April, 2014 issue of POETRY magazine.  He has also had poems accepted by Provincetown Arts, the Awl and Ampersand Review and is doing readings in March at the Couplet Reading Series on Delancey Street and in April, will read as part of the famed Writer’s Forum at Brockport University. 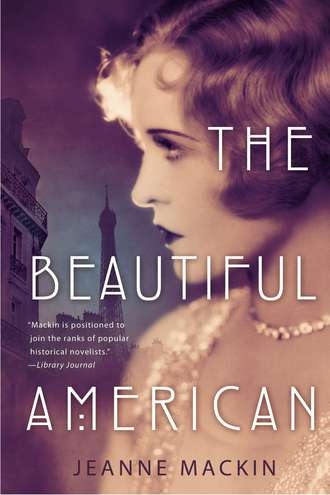 Jeanne Mackin received the following advance praise by Sandra Dallas, for her new book, The Beautiful American, which will be out in June from NAL:  “Jeanne Mackin’s luminous novel about Man Ray and his model-mistress Lee Miller evokes the iridescence of 1920s Paris when youth and artistic freedom and sexual excess were all that mattered.  The Beautiful American, which readers will rank right up there with The Paris Wife, takes readers from the giddiness of the flapper era to the grittiness of World War II. It is a brilliant, beautifully written literary masterpiece. I love this book!”  Also, the audio rights for Jeanne’s book was bought by Blackstone.

Douglas A. Martin will present work on “New Poetics of Magick” (along with Alan Clinton (curator), Toni Simon, Kristin Prevallet, and Charles Borkhuis) in March, as part of the Queens Art Museum ETERNiDAY festival.

Victoria Nelson will be giving a lecture, “Anatomy of Melancholy: Lars von Trier and the Allegory of Depression,” in March, at the University of Amsterdam, Netherlands, Faculty of the Humanities.

Rahna Reiko Rizzuto has a piece in a new anthology, Local/Express: Asian American Arts and Community in 90s NYC, published by the Asian American Literary Review.

Paul Selig had a book signing and talk in February at Malaprops Bookstore in Asheville, NC, and did a weekend workshop in Hendersonville, NC.  He was also on the cover of OM Times and was the subject of an interview that included a shout out to Goddard.

Kimberly Brown (MFAW ’11) was interviewed in The Conium Review.

Shae Savoy’s poem, “Grandmother Country”, will appear in We’Moon in 2015.  And her poem, “Dental Records: Heartwheat” will appear in the next issue of WomenArts Quarterly Journal.

Nicole Saunders (MFAW ’13) had a short story from her thesis, Autographs, published in the latest issue of the literary journal Stone Canoe.

Nik Shier (MFAW ’13) excerpts from her thesis Learning to grieve/Considering birth were published in Small Po[r]tions inaugural addition in February.

Craig Thornton (MFAW ’13) received a Public Art Fellowship Grant to adapt the children’s book The Powder Monkey into a children’s play.  And his short play, Man on Television, was selected as part of the Hormel Festival of New Plays at the Phoenix Theatre in Phoenix, Arizona.