Candelaria Norma Silva is the type of writer that is always working. Even when not writing, she’s working (or reworking) some fresh idea in her imagination.

An encounter with fellow author Delanda Coleman, who had self-published her first children’s book, More Than A Princess, brought Candelaria’s percolating children’s stories to the surface.

Delanda was also a project manager and helped bring all the pieces and players together for Candelaria’s new illustrated picture book titled, Stacey Became a Frog One Day.  The title character is described as “a joyous girl, who exemplifies Black girl joy, Stacey has a loving family and an active imagination.”

The book is dedicated to her family, with each letter of Stacey’s name attributed to one of her children or grandchildren. For Candelaria, family is everything. She often blogs about her family- her mother, husband, brother, children and grandchildren.

Candelaria attended Northeastern University in Boston for a year and a half but wasn’t ready for the freedom of the big city and found NU not appealing to her spirit.  Learning about Goddard and the ability to design her course of study and immerse herself in research with one-on-one feedback from her advisor, was ideal for her.

At that time, Candelaria wondered if she would have to choose between being a student or being a parent. Candelaria was married and had a young daughter at the time of her enrollment in Goddard’s Adult Degree Program. The ADP would later become known as the low-residency model that Goddard now champions.

“I cannot overstate how important discovering Goddard’s Adult Degree Program was to me.  It was a lifeline. It allowed me to complete my degree in a way that fit that time of my life and the type of student I was.  I remain grateful for the experience.” she said.

After taking a break after her first semester to tend to her second child Cyrus, Candelaria was longing to get back to school as soon as possible. After some petitioning, she was allowed to be the first adult at Goddard College’s ADP program to bring a baby to campus for her residency.

Six months old, Cyrus loved getting wheeled around the Greatwoods Campus in his stroller, going from class to class. Other students pitched in to help, and Cyrus became a popular little man on Goddard’s campus. His first taste of solid food was a handful of mashed potatoes from the Goddard cafeteria, snatched from his mother’s plate while sitting in his stroller.

Back home, she recalls long nights writing in the basement of her house, pounding out her Goddard student packet submissions on a IBM Selectric typewriter, while tending to and nursing an infant. Candelaria would type up her work and submit her packets in the mail. She learned what post offices were open 24 hours so she could work up to the postmark deadline.

She would be the first of many adult learners who arrive at Goddard with their children. Students who wish to bring their child to campus may do so now, with proper arrangement. A separate family dorm is available for residency. Some students bring along childcare providers as well, if leaving family behind is not an option.

Candelaria worked as a parenting educator after graduating from Goddard in 1981. Her Goddard thesis was on the topic of the impact of television on children’s literacy. About twenty-five years after she graduated, she found herself back on Goddard’s campus, on the Board of Trustees for Goddard with her friend, playwright Mary McCullough. They’d worked together and discovered they had Goddard in common.

Mary and Candelaria had the idea to give urban writers a chance to experience Vermont quietude and beauty. Together they decided to launch a retreat for playwrights and writers of color. So, in 2008, the Roxbury/Goddard Youth Drama Intensive was born.

Baby Cyrus’s story doesn’t end with mashed potatoes at Goddard. Cyrus McQueen’s new book Tweeting Truth to Power: Chronicling Our Caustic Politics, Crazed Times & the Great Black and White Divide takes a long, hard look at how “virtual platforms would telegraph the growing gulf between a divided citizenry.” Cyrus McQueen is a comedian/author living in Brooklyn. He can be found at @CyrusMMcQueen on Twitter.

Candelaria Norma Silva is a marketing, community outreach and programming consultant, writer, and trainer/facilitator. She lives in the Dorchester community in Boston, Massachusetts, with her husband. She looks forward to long summer “take-over” visits from her grandchildren. Stacey Became a Frog One Day can be found at the author’s website: https://candelarianormasilva.com/ and at Vermont’s own Bear Pond Books in Montpelier.

Goddard’s low-residency programs can accommodate all types of real-world challenges. Our students are asked to “bring your whole self” as they utilize self-reflection and personal discovery in their personally-crafted learning plan. Begin your Goddard journey by finding out more at goddard.edu/admissions. 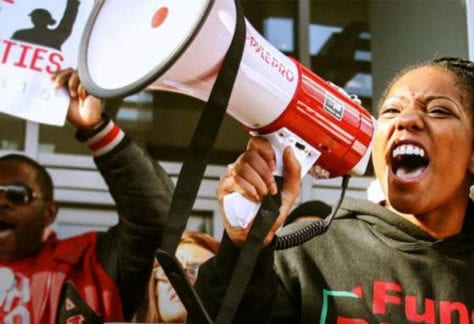 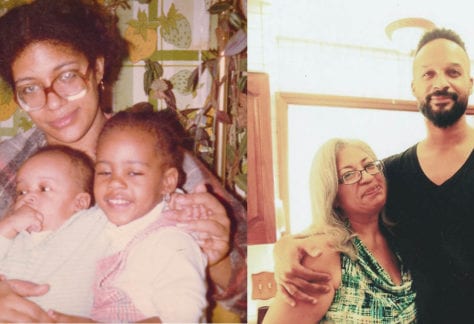