A multi-disciplinary mediation exploring the identities of individual Black men relating to provocative themes like origins, nourishment, heritage, nature, sexuality and technology in the 21st century.  It is a bio-mythography that uses multi-media, dance and storytelling to engage the audience in the personal journeys of two men who questions and investigates the memory, life, death and connection to their ancestors.  This work lies at the nexus of environmental justice, the degradation of the Black family identity, and the government’s role in agricultural and media production. Ultimately, the omnipresence of the men’s mothers slip through time and space in unexpected ways, guiding the men in very different directions. These are not stories of Black men that we think we know. We challenge assumptions, provoke rethinking and are unafraid to take on all of our demons around race, gender, sexuality and “brotherhood”.

Brother(hood) Dance! is an interdisciplinary duo that seeks to inform its audiences on the socio-political and environmental injustices from a global perspective, bringing clarity to the same-gender-loving African-American experience in the 21st century.

Brother(hood) Dance! was formed in April 2014 as a duo that research, create and perform dances of freedom by Orlando Zane Hunter, Jr. and Ricarrdo Valentine.  We have performed our works at FiveMyles, Center for Performance Research, B.A.A.D! (Bronx Academy of Arts and Dance), VCU-The Grace Street Theater, DraftWork at St. Marks Church, JACK, Movement Research at Judson Church, Colby College, Denmark Arts Center and other venues.

As a collective, our work demonstrates how life extends beyond its own subjective limits and often tells a story about the effects of global cultural interaction over the latter half of the twentieth century. It challenges the binaries we continually reconstruct between Self and Other, between our own ‘cannibal’ and ‘civilized’ selves. By rejecting an objective truth and global cultural narratives, we find that movement reveals an inherent awkwardness, a humor that echoes our own vulnerabilities. Brother(hood) Dance! considers movement as a metaphor for the ever-seeking man who experiences a continuous loss. Brother(hood) Dance!’s work urge us to renegotiate performance as being part of a reactive or – at times – autistic medium, commenting on oppressing themes in our contemporary society.

Orlando Zane Hunter Jr. is a choreographer and dancer who researches, illustrates and creates from an African-American male perspective. In his work, he tackles issues resulting from a capitalist-imperialist- patriarchal- white supremacist system. Hunter grew up dancing hip-hop and graduated with a BFA in Dance from Univ. of Minnesota, where he performed works by Donald Byrd, Bill T. Jones, Carl Flink, Louis Falco, Colleen Thomas, Uri Sands, Stephen Petronio, and Nora Chipaumire. His solo “Mutiny” was selected to represent the University of Minnesota at the 2011 ACDFA gala in Madison, Wisconsin. Orlando studied LGBT activism and history in Amsterdam and Berlin. He has performed with Christal Brown/INspirit Dance Company, Contempo Physical Dance, Forces of Nature, Makeda Thomas, Threads Dance Project, TU Dance and Ananya Dance Theater, an all women’s company where he was the first male member and toured with them to Trinidad & Tobago and Zimbabwe. Since his arrival to New York City, Orlando has performed works by Christal Brown, Edisa Weeks, Germaul Barnes, Andre Zachary/ Renegade Performance Group, Forces of Nature and Ni’Ja Whitson-Adebanjo/NWA project.  Hunter is a co-founder of the collective Brother(hood) Dance! He is the 2015/2016 Dancing While Black Fellow.

Free and open to the public.

Sponsored by the Undergraduate Studies Program. 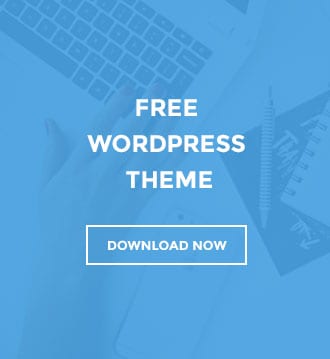