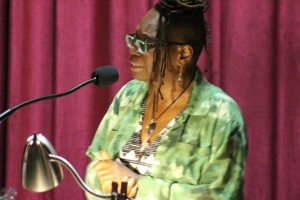 When the graduating students of the fall Undergraduate Program (residency option 2) asked Faculty member Pamela Booker to be their commencement speaker, everyone knew it would be a special address. But we didn’t know it was going to be THIS profound.
Read the transcript below: