Plainfield, Vt., and Port Townsend, Wash.— Goddard College announced that its low-residency Master of Fine Arts in Creative Writing (MFAW) program will offer two new areas of study, television writing and libretto writing, beginning in June of 2015, the start of its fall semester.
The program already offers a robust dramatic writing concentration in screenplay and stage playwriting, as well as the genres fiction, poetry, creative nonfiction and memoir, cross-genre and hybrid forms, and graphic novel scriptwriting.
“TV writing has recently emerged as a place where some of the most exciting dramatic writing is now found,” said Elena Georgiou, Acting Director of the MFAW program. “With many of our graduates already writing successfully for TV shows such as Nurse Jackie and Saint George, including a concentration in TV writing in our program is the obvious next step for us,” she said. “In addition, the libretto writing will meet the needs of students who have expressed an interest in writing for the opera and musical stage.”
Award-winning faculty who will lead the television writing concentration are Susan Kim, four-time Emmy nominee, Writers Guild Award Winner for Best Documentary, and a head writer and writer on dozens of shows for children’s television, documentaries, and specials; Darrah Cloud, writer of numerous made-for-TV movies, including Undercover Christmas, A Holiday Romance, and Night Ride Home; and Rogelio Martinez, who has written scripts for the Sprout children’s series, Astroblast!
Experienced faculty in the libretto writing concentration include Deborah Brevoort, author of Embedded, which premiered at Fargo Moorhead Opera, and of the librettos for Die Fledermaus and Mozart’s The Impressario for the Anchorage Opera; Kenny Fries, who was commissioned by the Houston Grand Opera to write the libretto for The Memory Stone; Darrah Cloud, author of the musical O Pioneers!, which aired on PBS’s Great Performances; Beatrix Gates, who was awarded a Meet the Composer grant from Commissioning Music USA/NEA to write the libretto for The Singing Bridge; and Rebecca Brown, a Seattle-based opera critic who leads opera lectures at the Seattle Opera.
The application deadline for the fall semester is May 1, 2015. For more information about television writing and libretto writing at Goddard College please contact Senior Admissions Counselor David De Lucca (802-322-1619 or david.delucca@goddard.edu).
####
About Goddard College
Goddard College’s low-residency MFA in Creative Writing Program was the first of its kind in the nation, founded in 1976. The low-residency program is offered from two campuses: Plainfield, Vt., and Port Townsend, Wash. It is a 48-credit, rigorous, student-centered program ideal for students with family, work, or personal commitments who choose to live their lives and hone their writing skills at the same time. The program regularly hosts luminaries from the theatre and film industries as well as a Visiting Writers Series and Visiting Alumni Writers Series. 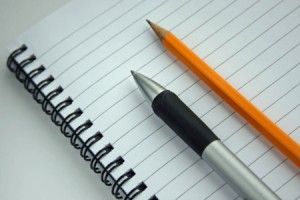 Goddard College was initially founded as the Goddard Seminary in 1863 in Barre, Vt. In 1938, the College moved to the Greatwood Campus in Plainfield and was chartered by founding President Royce “Tim” Pitkin. In 1963, Goddard became the first U.S. college to offer low-residency adult degree programs. Now offering accredited MA, MFA, BA and BFA degree programs from the main campus in Plainfield, Vt., and sites in Seattle and Port Townsend, Washington, Goddard’s low-residency education model offers the best of on-campus and distance education, with experienced faculty advisors, rigorous campus residencies, and the freedom to study from anywhere.