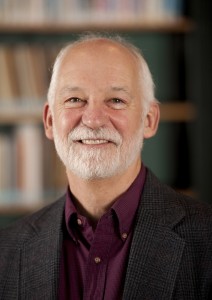 The Goddard Board of Trustees voted unanimously to approve the hiring of Kenny, according to Board Chair Avram Patt.  Kenny officially begins work April 30.

“We are gratified and excited that Bob accepted our offer to serve the college again,’’ Patt said. “Bob understands Goddard’s unique history and strengths and we look forward to his leadership.”

Kenny graduated from the University of Vermont in 1972 and earned his Master’s in Business Administration from UVM in 1981.

“I am honored and excited to accept the interim presidency of Goddard,’’ Kenny said. “Goddard is a wonderful institution with much to offer. At this time, like many institutions of higher education, Goddard is faced with challenges and opportunities that will call on its strengths, along with the work of all members of the college community, to assure that Goddard moves forward on a sustainable path.”

About Goddard College
Initially founded in 1863 as the Goddard Seminary in Barre, VT, Goddard College moved to its current Plainfield campus and was chartered in 1938 by founding President Royce “Tim” Pitkin. In 1963, Goddard became the first U.S. college to offer low-residency adult degree programs. Now offering accredited MA, MFA, BA and BFA degree programs from the main campus in Plainfield, Vermont and sites in Seattle and Port Townsend, Washington, Goddard’s low-residency education model offers the best of on-campus and distance education, with experienced faculty advisors, rigorous on-campus residencies, and the freedom to study from anywhere.