FEATURING THE WORK OF:

Bryce Dance Company, founded and directed by Heather Bryce (MFAIA ’14), has been getting wonderful press in The Burlington Free Press, Seven Days and Vermont Public Radio for a collaborative work titled To You, Around You, About You.  The company plans to continue to tour the work within the State of Vermont and beyond.

Kayla Feist’s (MFAIA ’16) work has been accepted into Appearances Eco-Art Festival held in Provincetown from April 18-27, 2014. 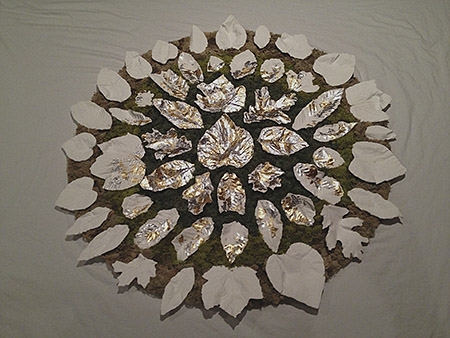 Kayla Feist, “The Death of Our Roots”

The world premiere of Ariel Lucky’s (MFAIA ’14) Amensia will take place at La Peña Cultural Center in Berkeley from May 15-17, 2014.

Loralee Scott (MFAIA ’15) and Accendo Dance Company preformed at the Frontier Gallery in Brunswick Maine as part of the Not Here Not Now Anti-trafficking conference.

JoAnn  Sieburg-Baker (MFAIA ’15)) has designed a billboard that will be up in Charlotte North Carolina for a year. This project is a collaboration between Adams Outdoor and Charlotte’s Arts and Science Council. 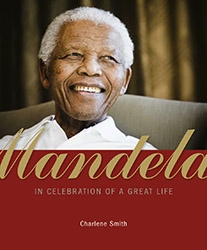 arlene Smith’s (MFAIA ’14) Mandela: In Celebration of a Great Life will be available in Europe and Africa in June, and in the United States in September.  Her essay “Cooking for the Revolution,” has been accepted in The Art of Eating and will appear in its spring edition.  She is conducting a number of workshops including an online non-fiction workshop, a memoir writing workshop at the Cambridge Center for Continuing Education, and writing workshops in London.

Britta Wheeler (MFAIA ’12) writes that Belinda Powell will be performing for Identity Performance Night at Loft 594 in Brooklyn Friday May 2.

Pam Hall’s solo exhibition, Housework(s) at The Rooms Gallery in Saint Johns, Newfoundland opens on May 10 and runs through September 7, 2014.  In addition to the exhibition she will present a performance, “Building the Work House,” with Anne Troake and Lois Brown and participate in a panel discussion on performing art.

Jackie Hayes opened her installation The Swallow Project: Notes From Exile, Home on April 10, 2014 at Midtown Global Market in Minneapolis.  The project, inspired by a small hand-carved swallow crafted by Jackie’s grandfather while in a WWI POW camp after the Armenian genocide, invites individuals to contemplate their own sense of exile and write and post reflections on their real or imagined home, homeland, people or community. Supported in part by the Puffin Foundation.

Devora Neumark is collaborating with Pierre Corriveau and Louise Lachapelle on a series of performances in Montreal exploring the potential for mindfulness in unlikely situations, the relational dimension and responsiveness of our environment and the reactive nature of place.