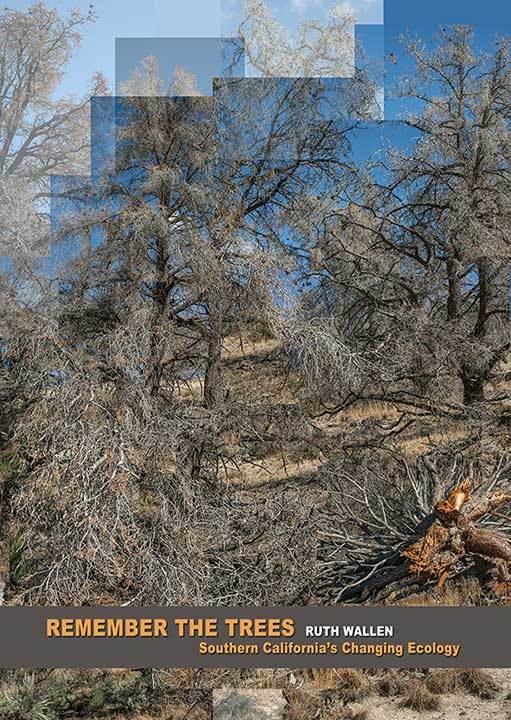 Ruth Wallen. Exhibition flier courtesy of the artist.
Solo Exhibition: Remember the Trees
MFAIA-VT Faculty Advisor Ruth Wallen has a solo exhibition Remember the Trees: southern California’s changing ecology at Mesa College Art Gallery from March 12 to April 3, 2018. Over 100 million trees have died in California due to the intertwined impacts of urbanization, globalization and climate change. The exhibition provides a place to share gratitude for the wonder of trees, grief over their loss, and visions for alternative futures.
Listen to The Trees
Ruth Wallen will be presenting a performative lecture as part of “Climate Aesthetics in the Anthropocene” panel at College Art Association on Friday February 23, 2018. For more information, visit Ruth’s website.

Image left: Guillermo Delgado and the Prison Art Crew at the juvenile detention center. Image right: Guillermo infuses contemplative practices with art and poetry. Images courtesy of the artist.
Poetry in Prisons
Alumnus Guillermo Delgado (MFAIA-VT ’12) has been bringing his poetry class to a prison weekly. The project is reviewed here in the Lansing State Journal.
Guillermo Delgado is an academic specialist with Michigan State University’s Residential College in the Arts and Humanities. He offers a class each semester where students visit the prison and work with the men inside on different kinds of poetry.  Michigan State University students from the Residential College in the Arts and Humanities make a weekly visit to the Richard A. Handlon Correctional Facility in Ionia to learn, write and perform poetry with prisoners. The project culminated in a poetry slam December 5, 2017. 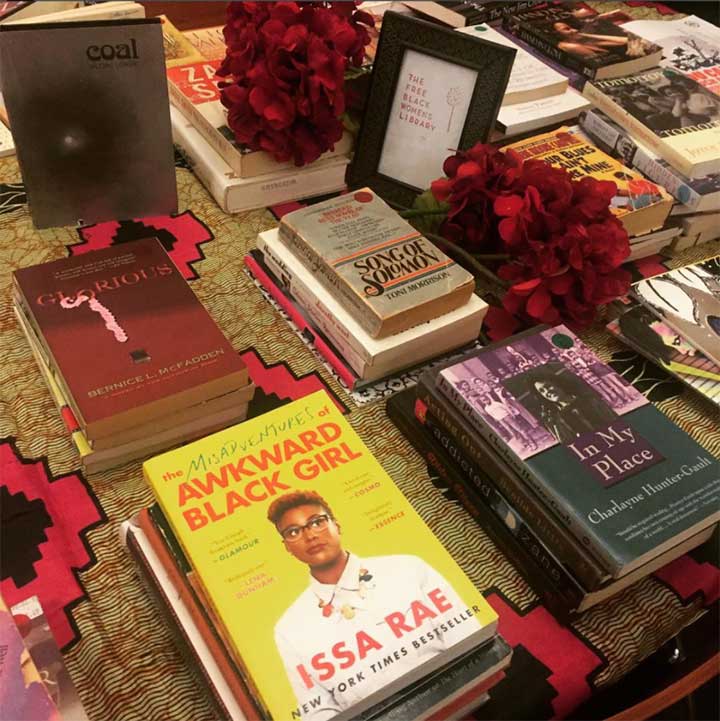 She also recently published a new short story, River Crossing, in The Future Fire: A Journal of Social-Political and Speculative Cyber-Fiction. Click here for the link to River Crossing.

Images of game pieces for THE END and a player of the game undertaking a quest. Photo: Kate Raines.
The End R&D Unveiled
Alumna Adrienne Mackey (MFAIA-VT ’17) completed a massive research and development project in conjunction with her May run of Swim Pony Performing Arts’ THE END. In this unveiled website she catalogues the development of the game through theoretical inspiration, dramaturgical research, a simulated walkthrough, public writing and sharing, and evaluative data collection.  The website and TED-style talk about the project is now available online at this link. 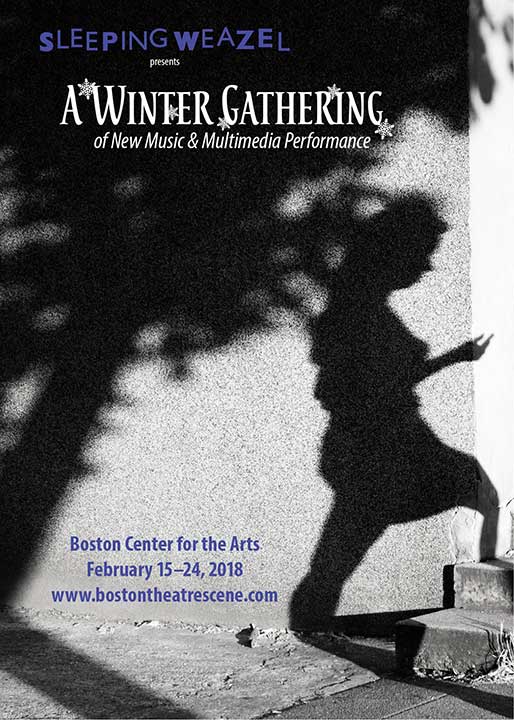 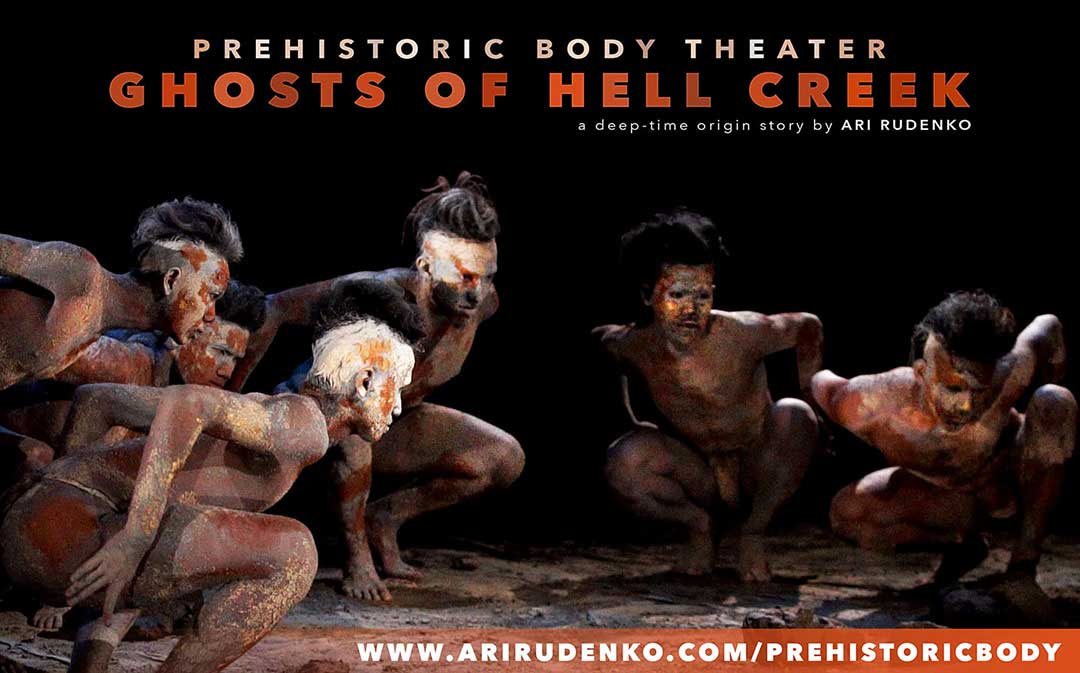 Prehistoric Body Theater GHOSTS of HELL CREEK, by Ari Rudenko, with dancers: Sofyan Joyo Utomo, Bagus Pulung Tilamas, Razan Mohamad, Nur Arifin, Muhammad Maulana Al-Ahzar, Suntoro Aji Nugroho. Filmography by Andre Triadiputra.
PREHISTORIC BODY THEATER Indonesia Film, and Seattle Workshop Series + Performance
Alumnus Ari Rudenko (MFAIA-WA ’17), who has since launched Prehistoric Body Theater, a dance-theater project telling deep-time animal stories from the fossil record, through a fusion of techniques from Indonesian contemporary dance, butoh theater, and comparative anatomical and behavior studies under mentorship from leading paleontologists.
Last summer, Ari launched a Kickstarter to fund the creation of a Prehistoric Body Theater film project in Indonesia.  This film is based on the performance GHOSTS of HELL CREEK, which tells the story of the extinction of Acheroraptor, the last raptor dinosaur, in the fires of the apocalyptic asteroid impact 66 million years ago, and the survival story of Purgatorius, the first primate and humanity’s earliest direct lineage ancestor.  From September to November in 2017, Ari worked with an ensemble of Javanese dancers from the Art Institute of Indonesia Surakarta, training them in the bio-mechanics and character of the featured species, and offering a crash course in paleontological theory as it relates to the piece.  Ari collaborated with the film department of the Art Institute to stage and film the work, as well as with Indonesian composer Mo’ong Santoso Pribadi to create an original score.
The film is now in post-production, and aims to be released by the end of February, 2018.  The trailer can be viewed on the project website.
Ari is now back in Seattle, working with the University of Washington Biology and Dance Departments, and the Burke Museum to offer a public Prehistoric Body Theater workshop series starting on February 3, and performance of GHOSTS of HELL CREEK on May 5 and 6, 2018.  This program is funded by the Bergstrom Award for Art-Science Interface.
If interested in participating in the workshop or performance, please contact Ari Rudenko at ari.rudenko@gmail.com.
FILM dates: Sep 2017 – Feb 2018.
WORKSHOP+PERFORMANCE dates: Feb 3 — May 6, 2018
For more information visit the Prehistoric Body Theatre website.
Support Ari’s Kickstarter Campaign here.
Skeleton Crew and The Niceties
Alumna Megan Sandberg-Zakian (MFAIA-VT ’12) is directing two upcoming theater productions: Dominique Morrisseau’s compassionate drama about a closing auto plant in Detroit, Skeleton Crew at The Huntington Theatre in Boston (March 2-31), and The Niceties Eleanor Burgess’ searing new 2-hander about race, gender, academia, and the self-destruction of the progressive left, at Portland Stage in Maine (April 3-22). 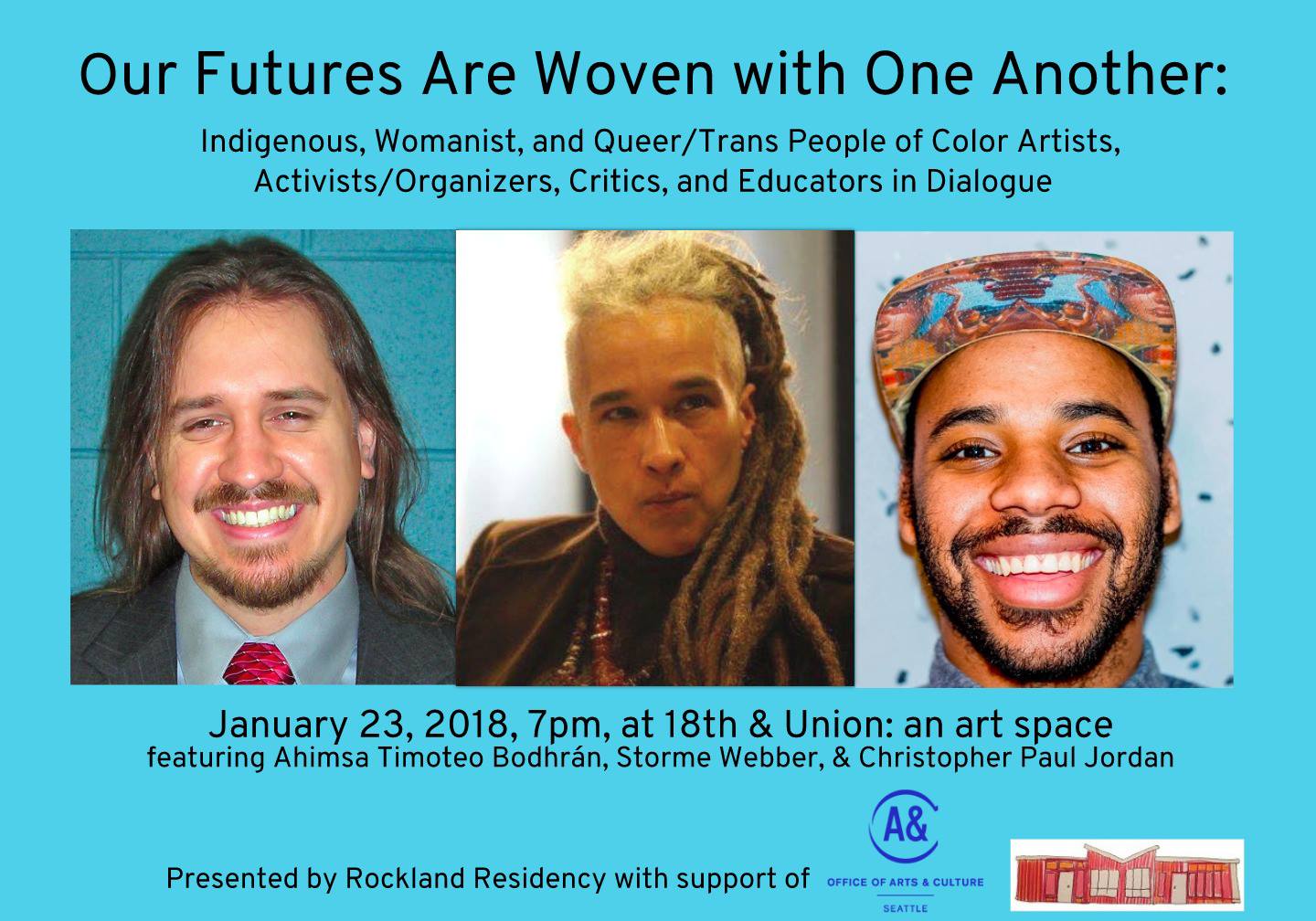 Intersectional, interdisciplinary, multimedia panel with Ahimsa Timoteo Bodhrán, Storme Webber and Christopher Paul Jordan. Image courtesy of the artists.
Our Futures Are Woven with One Another
Indigenous, Womanist, and Queer/Trans People of Color Artists, Activists/Organizers, Critics, and Educators in Dialogue with Ahimsa Timoteo Bodhrán, alumna Storme Webber (MFAIA-WA ’14), and Christopher Paul Jordan.
This intersectional, interdisciplinary, multimedia panel brought together Indigenous, womanist, and queer/trans people of color artists, activists/organizers, critics, and educators from the greater Seattle and Tacoma areas to dialogue about how our pasts, presents, and futures are interwoven together. Panelists discussed transformational shifts in their own work over time, insights gained from working in community, and potential areas for additional decolonial coalescings, collaborations, and coalitions. This event was supported by Seattle Office of Arts and Culture and was held on Tuesday, January 23, 2018 at 7pm, 18th & Union: an arts space, 1406 18th Ave. Seattle. The event was free.
Ahimsa Timoteo Bodhrán is an activist/organizer, critic, educator, and multimedia artist, employing visual, acoustic, performative, textual, and terrestrial approaches to produce his work. Currently at Rockland Residency’s Butterfly House, Bodhrán is completing his third book and intersecting multimedia project, _Yerbabuena/Mala yerba_, a womanist/queer/trans multiracial (Indigenous, African, Latinx, Arab, Jewish) remapping of New York and California. From the South Bronx, he is grateful to be in Duwamish territory.
Storme Webber is a writer and interdisciplinary artist whose work resurrects invisible narratives of the lives of Two Spirits, working class queers, Black and urban Indigenous people, and women. Her solo show at Frye Art Museum, Casino: A Palimpsest, was recently reviewed in Art in America; and her current book/CD is Blues Divine. Minh Nguyen wrote in Art in America: Casino “considered the intangible properties by which art and poetry are connected to family, ancestry, language, and public memory, revealing intergenerational, underground histories of resilience.”
Born and based in Tacoma, Washington (1990), Christopher Paul Jordan integrates virtual and physical public space to create infrastructures for dialogue and self-determination among dislocated peoples. Jordan’s paintings and sculptures are artifacts from his work in community and time capsules for expanding inquiry. Jordan co-directs the grassroots youth arts organization Fab-5, which empowers young people as creative leaders who inspire change in their surroundings. 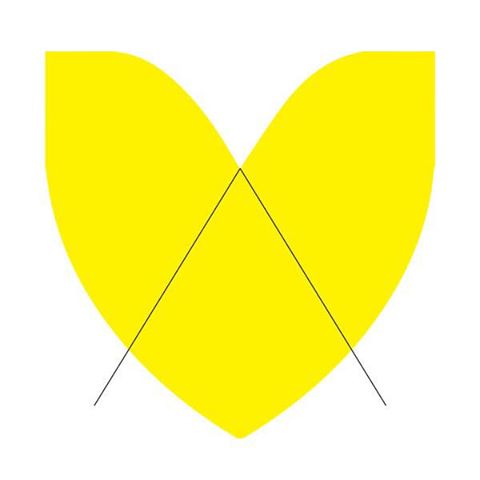 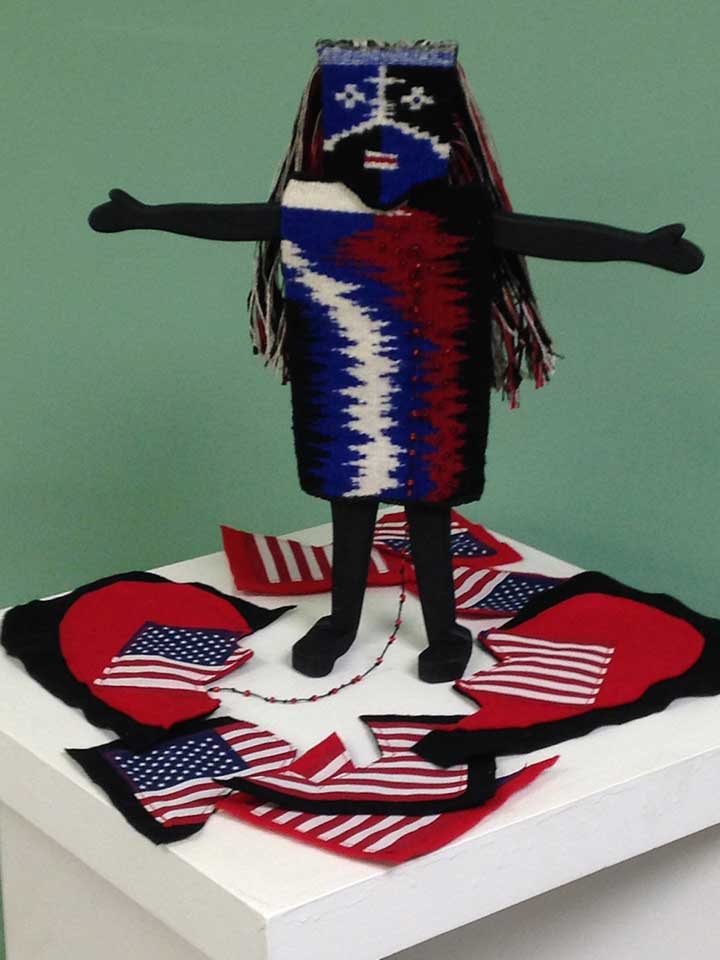 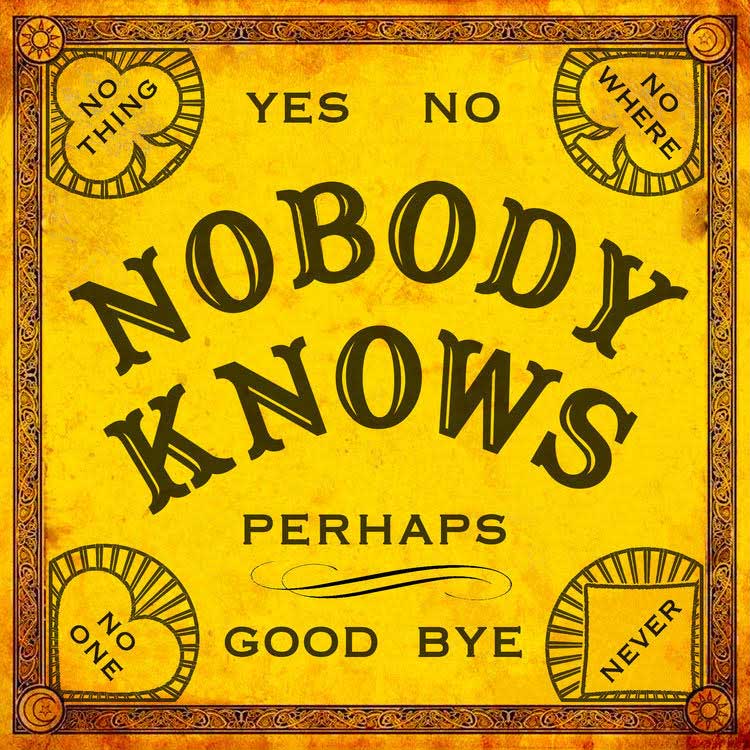 Podcast logo design by Morgan FitzPatrick Andrews
Nobody Knows
Nobody Knows is a meditation-comedy podcast by Alumnus Morgan FitzPatrick Andrews (MFAIA-VT ’16) created as a daily practice in what Morgan calls “binge-editing.” Every day in January, Morgan sent one listener’s question to collaborator Mason Rosenthal to answer in the persona of “Nobody,” an often irritable spiritualist who takes listeners on guided meditations that skirt around self-involved rants. Morgan’s lush sound design draws from field recordings and old 78’s that put listeners aboard elevators and bullet trains, amidst flocks of sheep and troops of monkeys, and rips through space-time to play accordion on the steppes or bagpipes by the sea. The podcast fulfill’s Morgan’s thesis that, “Theatre artists would do well to be more like musicians who not only play gigs—they put out albums. The live performance and its take-home companion are two distinct art experiences that compliment one another.” Nobody Knows brings the title character of Morgan and Mason’s play, Nobody’s Home, into further audience interaction, and can now be heard on Apple Podcasts, GooglePlay, and at www.themediums.org. Runs from Jan 16 to Feb 26, 2018. 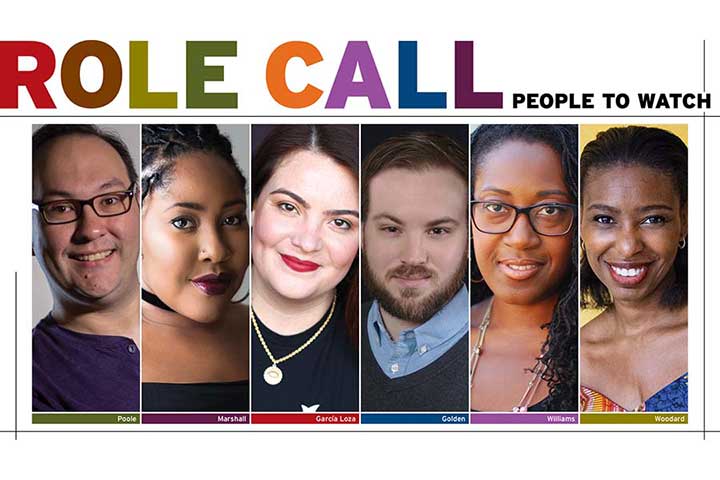 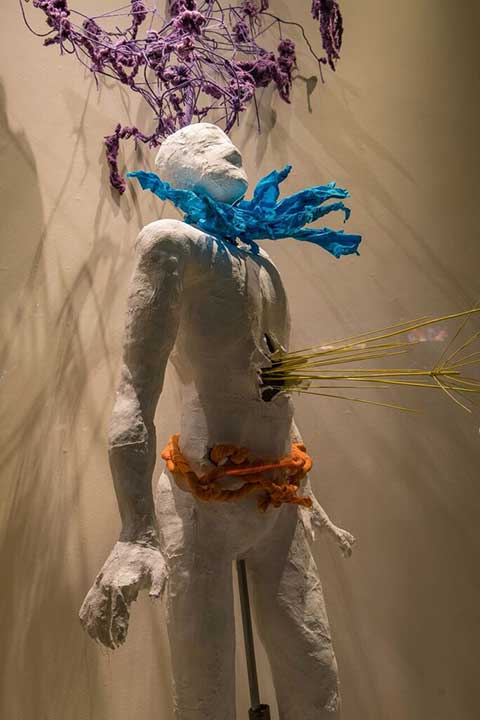 Detail of ‘breathe’ by Erin Lavelle and Anthony Chapin. Photo: Stephen Lang.
Energy: Made Here installation
Alumna Erin Lavelle (MFAIA-WA ’17), with collaborator Anthony Chapin, was selected to create an installation in the Energy: Made Here showcase in downtown Minneapolis presented by Hennepin Theatre Trust. Entitled ‘breathe’, this installation offers a visual representation of the energy within our bodies, in both balanced and unbalanced forms. ‘Breathe’ is located in the A.R.T. Gallery window on Hennepin Avenue between 9th and 10th Streets. Maps of the public art walking tour are available online or inside the gallery. Runs from December 19, 2017 to April 1, 2018.
. 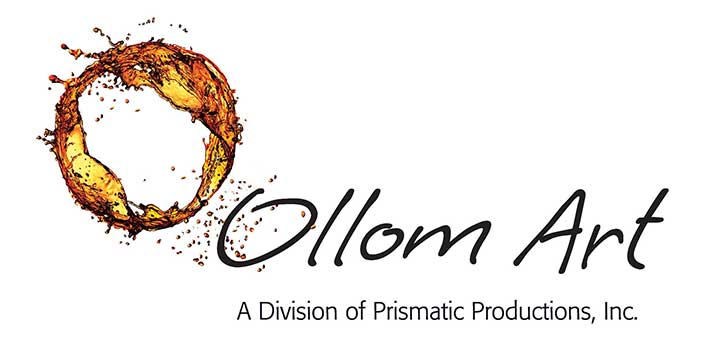 The “Hole” Project: Ollom Art Call for Submissions
Alumnus John Ollom (MFAIA-VT ’14), Artistic Director of Ollom Art, is calling for submissions of works from artists of all mediums for The “Hole” Project. Works should address the topic of literal, emotional or spiritual holes. Works chosen will be presented at one or both of two events – May 19th in Phoenix, AZ (Submission Deadline April 1, 2018) and the Ollom Art Gala on November 10 in New York City (Submission Deadline Sept 1, 2018).
Links:
Info on the Curator and his travel schedule.
Email: info@johnollom.com with any questions or concerns. 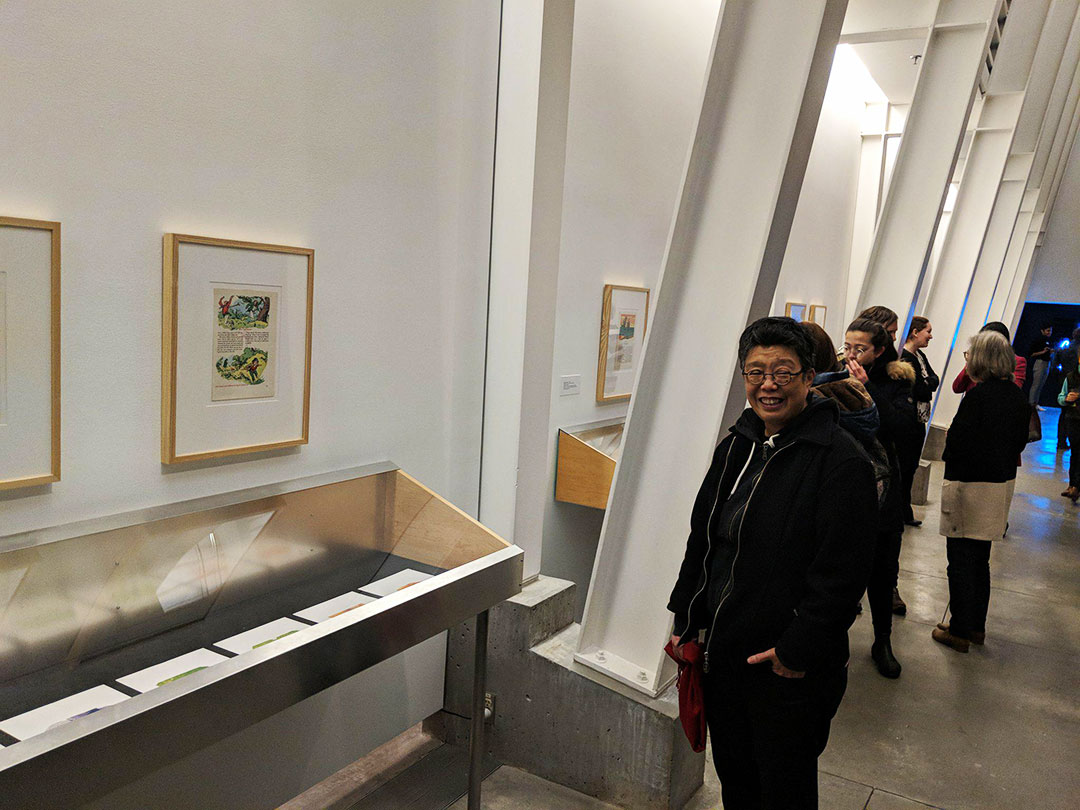 Laiwan beside her work at the Morris and Helen Belkin Gallery, University of British Columbia, Vancouver. Photo: Anne Riley.
GLUT
MFAIA-WA Faculty Advisor Laiwan’s work is included in the group exhibition “Beginning with the Seventies: GLUT” at the Morris and Helen Belkin Gallery, University of British Columbia, which runs from January 12 to April 8, 2018. There are numerous events including: The Readers Respond, every Wednesday — January 24, February 14, March 14 and Friday, April 6, at 2 pm. A Symposium: Groundhog Day Redux, on Friday, February 2, at 3-6 pm. A Lecture: Maura Reilly, on Friday, March 2, at 5:30 pm. And an Art+Feminism Wikipedia Edit-a-thon; on Saturday, March 10, from noon to 5 pm.
Celebrating the excessive abundance of the archive, “Beginning with the Seventies: GLUT” is concerned with language, depictions of the woman reader as an artistic genre and the potential of reading as performed resistance.
New Audiowork
Laiwan was also commissioned by the Foreshore to create a new work for an audio series.  A New World is Reversed is named after the subtitle “A New World is Revealed” from an online introduction to Christopher Columbus’ journal entries outlining his first journey in 1492 of his arrival in the Americas. The two journal entries are read starting from the end to the beginning, where thus the text is reversed. With added guitar feedback, the final audiowork investigates relationships of Text to Speech to Sound to Music to Noise, and vice versa. It invites opening up stereotypical narratives and/or syntax we hold in approaching ‘land’, toward the shore, toward the sea, and toward a return to a “voyage of the whole”.
The Foreshore is a collaboration between Other Sights for Artists Projects and Access Gallery in Vancouver, generating questions, confluence, and aggregation inspired by the conditions of the foreshore. The commissioned audio projects will soon be compiled together. For now you can access Laiwan’s audiowork from her web page: A New World is Reversed.