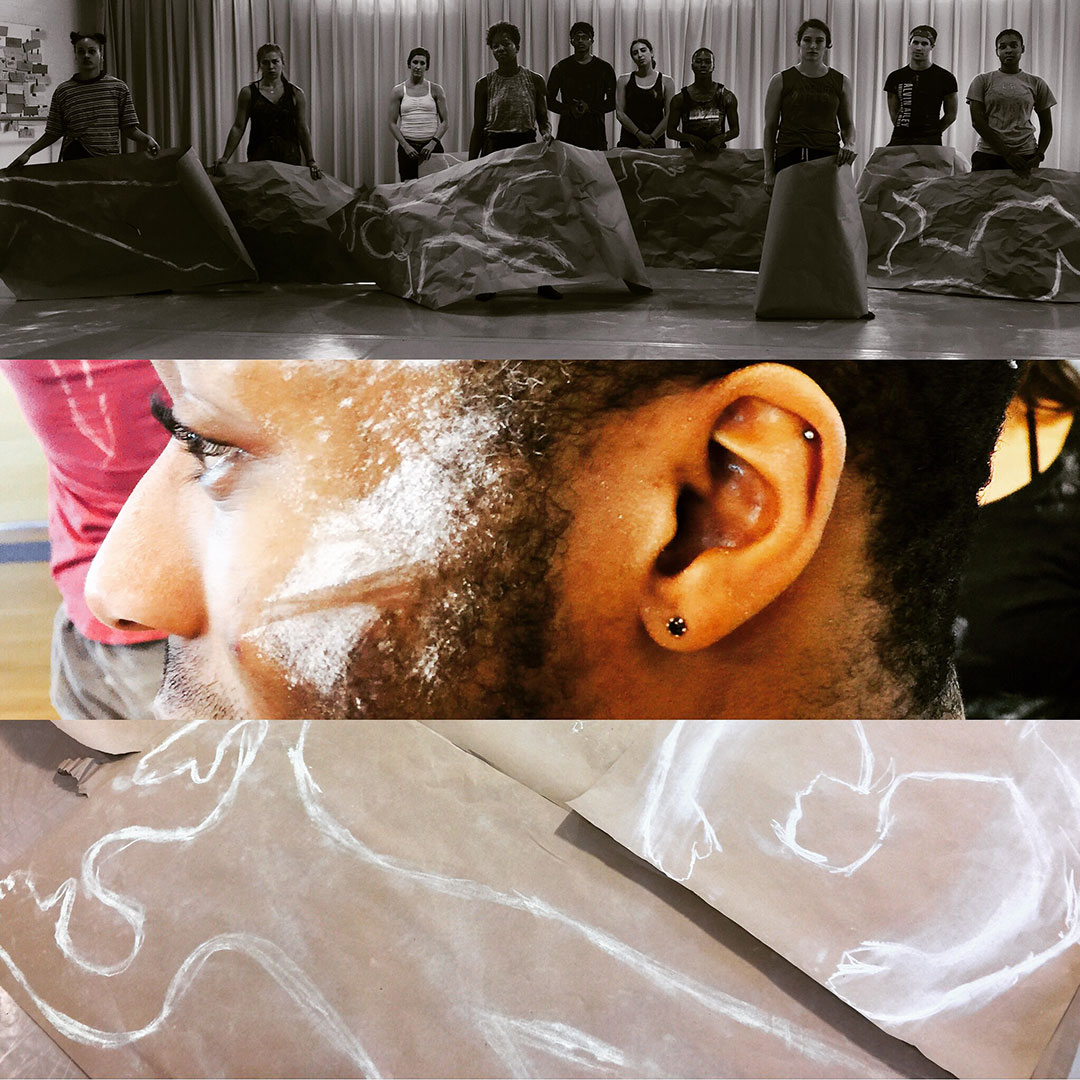 “Debate” between Roy Moore and Doug Jones performed by Ryan Conarro. Courtesy of Verbatim Lab Performance
Verbatim Performance Lab with Ryan Conarro
Alumnus Ryan Conarro (MFAIA-WA ’15) experiments with Verbatim Performance Lab, performing speeches by Republican candidate Roy Moore and Democratic candidate Doug Jones, to recreate a debate that never happened. The project is led by Joe Salvatore at NYU’s Steinhardt School of Education, Culture, and Human Development. VPL is a project of the Program in Educational Theatre at NYU Steinhardt.
Background: A special election for the United States Senate in Alabama is scheduled for December 12, 2017, to fill a seat vacated by Attorney General Jeff Sessions. Republican candidate Roy Moore says there’s no need to debate the Democratic candidate Doug Jones. The Experiment: In lieu of a debate, one actor has learned media clips from both candidates representing a number of issues, and he performs those clips verbatim using Moore’s and Jones’ original words, speech patterns, gestures, and movements. This is not a satire or a comic sketch. It is an experiment using verbatim performance as an investigative tool to consider the following: What happens to your perception of the candidates’ positions on an issue when another body inhabits their words and gestures? Does this affect your opinion about which candidate should be elected to fill the U.S. Senate seat for Alabama? A new clip releases each weekday at 9:00am (EST), starting on Monday, December 4 through Friday, December 8. A full compilation of the week’s clips will be available on Monday, December 11 at Noon (EST). The Verbatim Performance Lab (VPL) uses verbatim performance techniques as an investigative tool to explore, interrogate, challenge, combat, and disrupt preconceived notions, implicit biases, and intolerances across a spectrum of political, cultural, and social beliefs and experiences. The lab resides in the Program in Educational Theatre at NYU Steinhardt.
For additional information visit the Verbatim Performance Lab website.
View the full debate here. 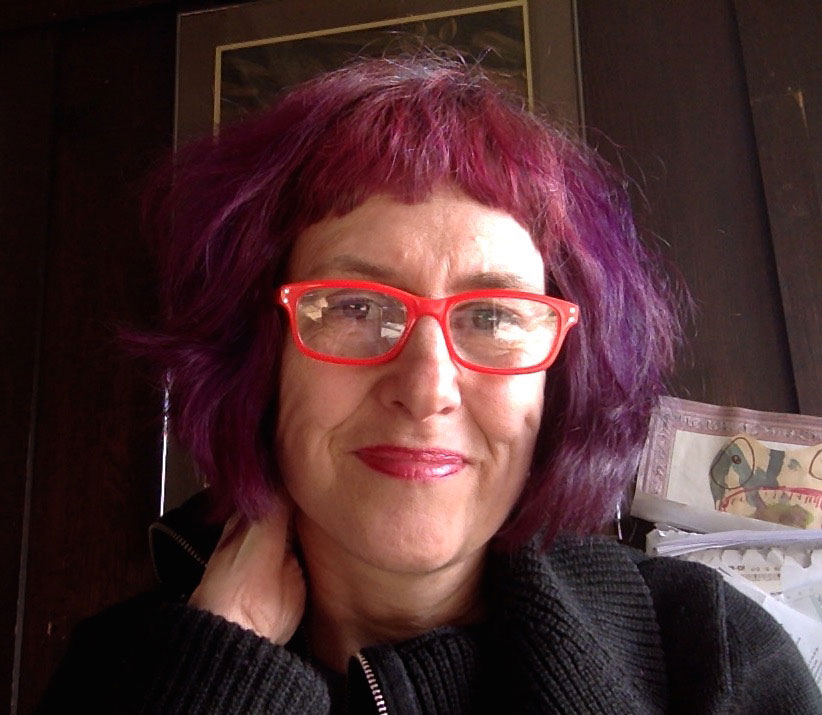 Award for Courage in Arts & Culture: Pat Graney. Photo courtesy of the artist. 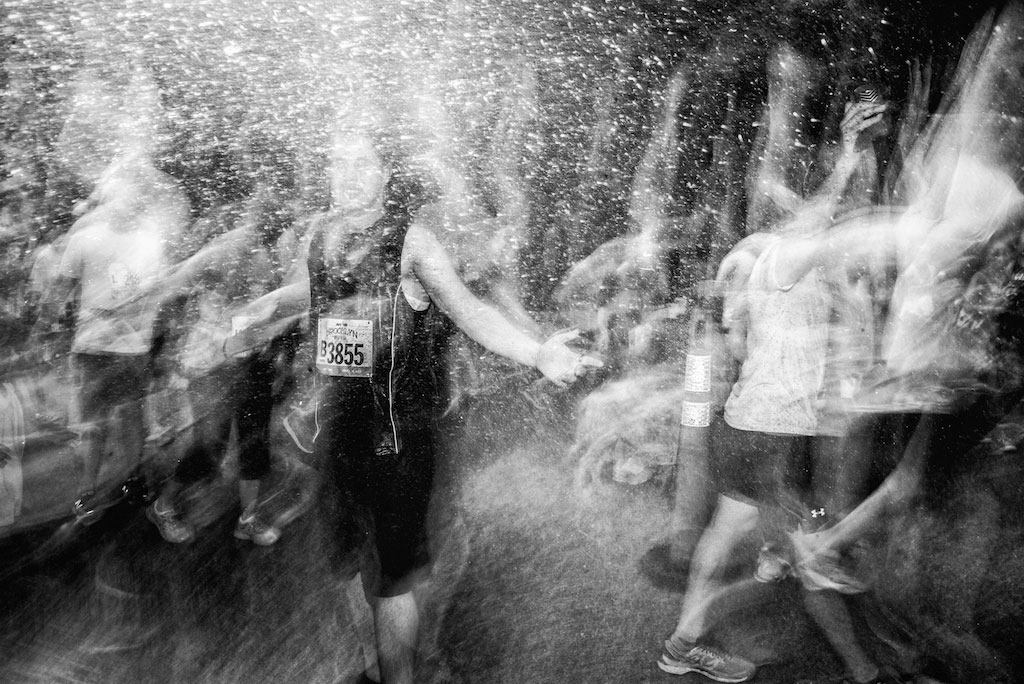 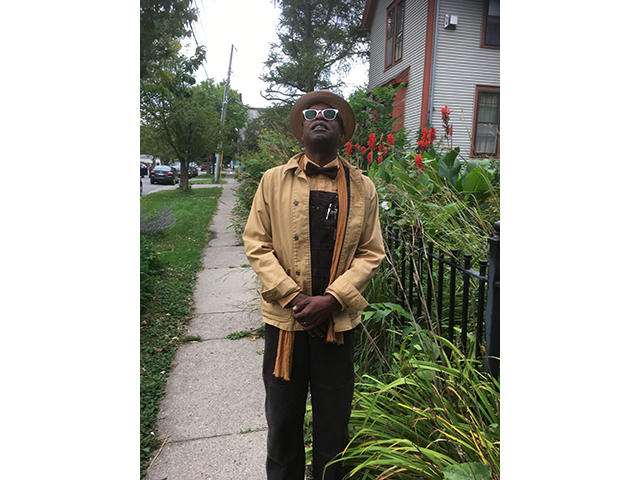 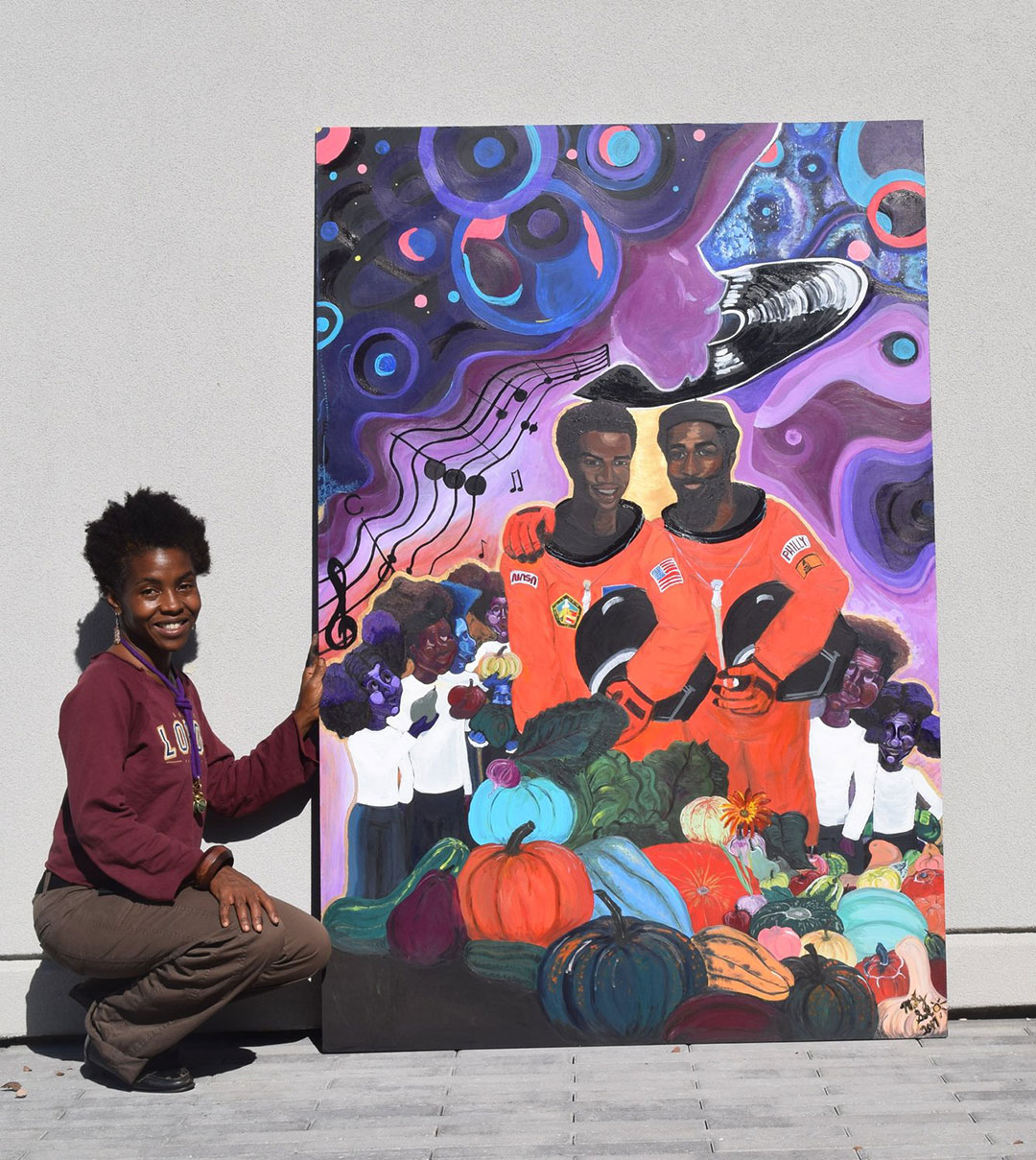 Music of the Stars Acrylic on Crezon Board. Photo courtesy of Misty Sol.
Misty Sol Unveils Mural at Philadelphia Elementary School
Press, school officials, and the legendary Kenny Gamble were on site October 19, 2017 as artist and alumna Misty Sol (MFAIA-VT ’11) unveiled an afrofuturistic impression of two Philadelphia legends: astronaut Guion Bluford and music great Mr. Gamble in the atrium of Universal Charter School Philadelphia as a part of their musical garden program. 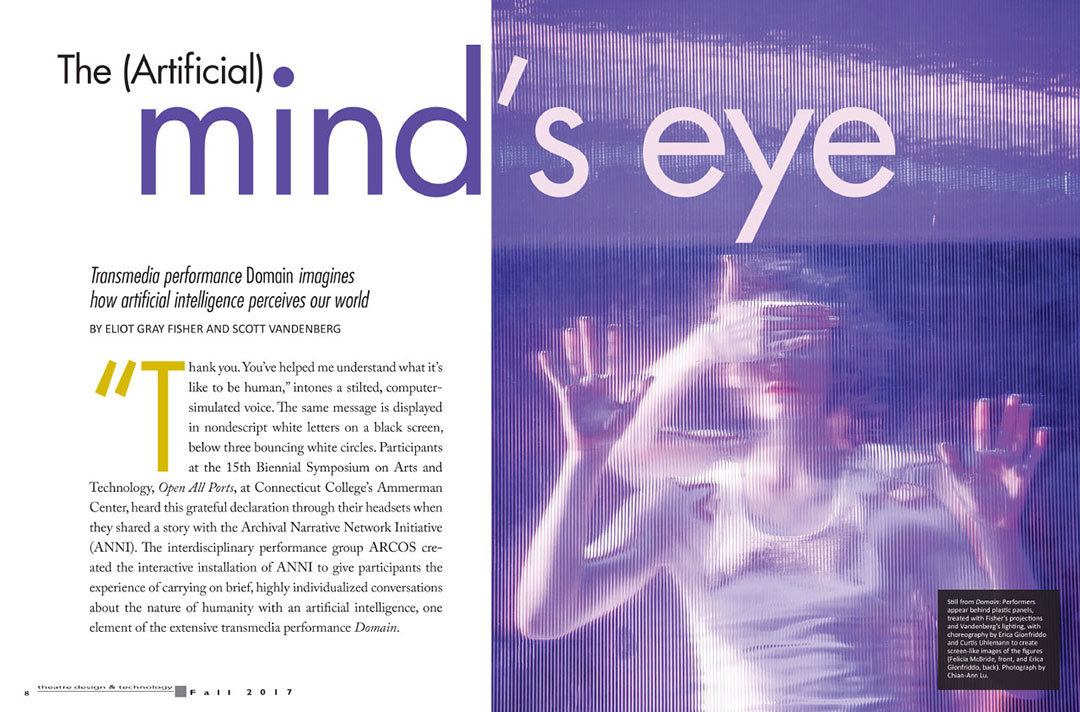 Opening pages of “The (Artificial) Mind’s Eye” by Eliot Gray Fisher and Scott Vandenberg, published this month in USITT’s peer-reviewed journal Theatre Design & Technology. Photo by Chian-ann Lu.
Sharing Transmedia Performance Experimentation
Transmedia performance creator and alumnus Eliot Gray Fisher (MFAIA-WA ’15) has continued contributing to the growing body of research and work at the intersection of contemporary art and technology. He recently co-authored an article, “The (Artificial) Mind’s Eye,” published in the peer-reviewed journal Theatre Design & Technology, exploring how he and collaborators in ARCOS imagined the subjectivity of artificial intelligence in their 2016 transmedia production Domain. Fisher has recently begun working on a new transmedia performance, currently in beta, that will integrate a video game and live dance-theater performance. The Tower Is Us is funded in part by the Rea Charitable Trust and an Artistic Innovations Grant from Mid-America Arts Alliance, a regional arts organization serving Texas, Oklahoma, Missouri, Nebraska, Kansas, and Arkansas.
Dates: Domain – June–Sept 2016;
“The (Artificial) Mind’s Eye” – Fall 2017 issue (publish date: 11/7/17);
The Tower Is Us (in beta Jan–May 2018)

Animated wordmark for transmedia performance The Tower Is Us. GIF by Eliot Gray Fisher. 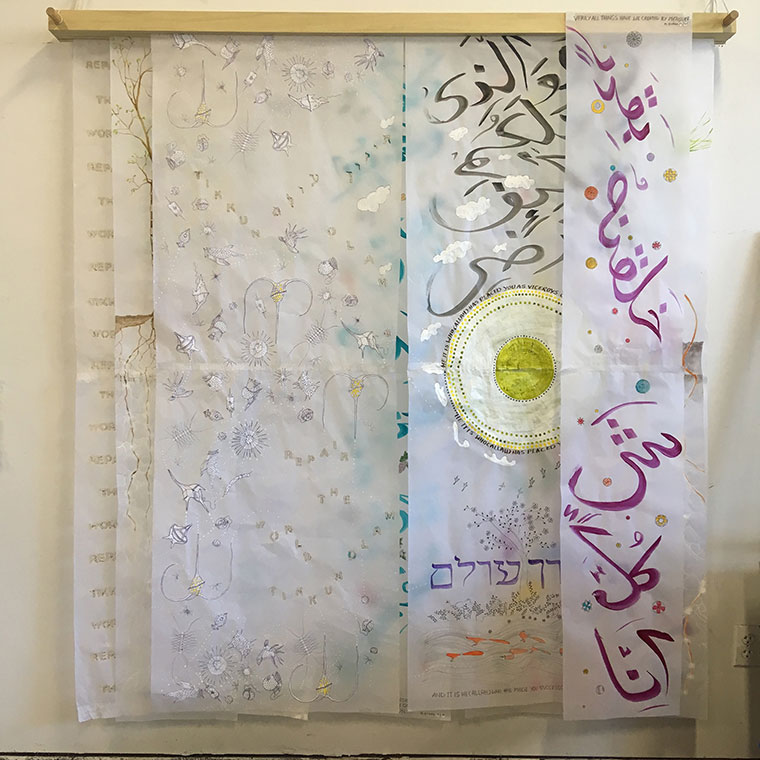 DIALOG, Sharon Siskin and Salma Arastu, acrylic paint, felt-tip pen, burnt text, on vellum, on poplar wood frame, 72” x 69” x 7”, 2017. Photo: Sharon Siskin.
Collaboration & Connection: Interfaith Art Exhibition Biennial, Islamic Cultural Center of Northern California, Oakland, California
The exhibition DIALOG, a collaborative installation of MFAIA-WA Faculty Advisor Sharon Siskin and artist Salma Arastu is a visual representation of a series of conversations they had this fall, in getting to know one another and the underlying values that inform their work as artists and as citizens. Through their conversations they came to learn that they shared a reverence for our beautiful planet, a penchant for environmental stewardship, and an understanding that there is a fragile web that connects all life as one.
They have come to these shared values and beliefs through different paths: Muslim and Jewish, religious and secular, prayer and research, intuitive and conceptual. Sharon draws inspiration from her research into the phytoplankton living in our oceans that provide two thirds of the oxygen we breathe, or the relationship between mycorrhizal fungi and the plants they connect. The idea that a dying tree divests itself of its resources to the benefit of the community, or a that a young seedling in a heavily shaded forest might be supported with extra resources by its stronger neighbors, are amazing scientific facts, but also poetic. Salma’s devotion, commitment to daily prayer, focus on oneness, and intuitive artwork in her studio, has brought her to the very same knowledge and recognition of its inherent poetry. Exhibition runs from: December 3, 2017 to February 24, 2018. For more information visit the Interfaith Art Exhibition Biennial website. 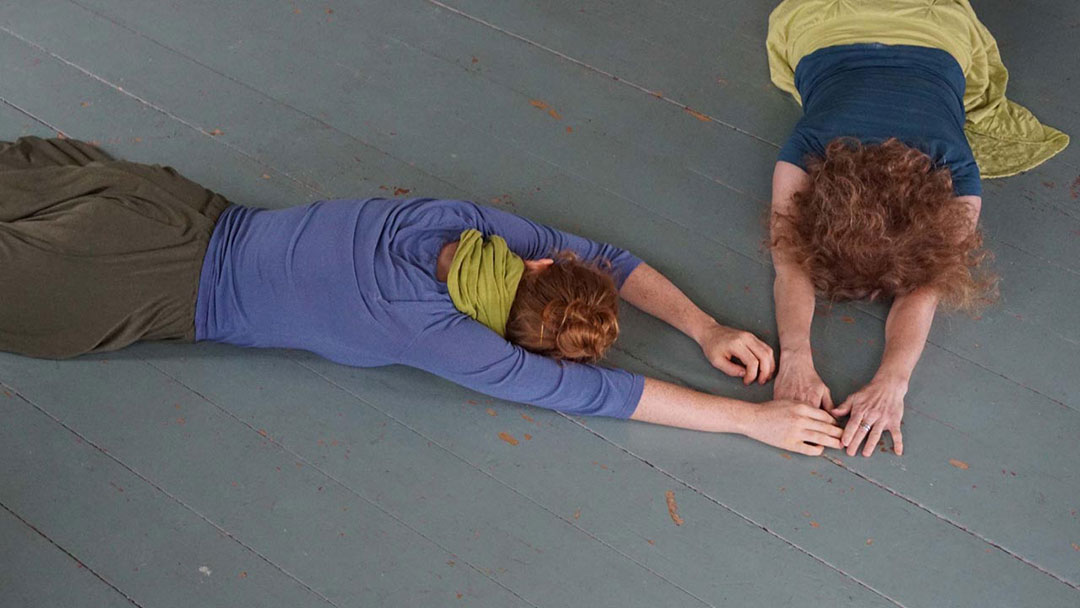 Hanna Satterlee, Vermont Dance Alliance; Bringing Dance to Life! Photo courtesy of Hanna Sattelee.
Vermont Dance Alliance Update
Vermont Dance Alliance (VDA), founded by alumna Hanna Satterlee (MFAIA-VT/WA ‘16), was just approved as a tax-exempt non-profit organization. What began as a volunteer inquiry-based effort run by Hanna—almost immediately after graduating from Goddard—has blossomed into an expansive vision, which includes all dance forms that are represented here in the State of Vermont.
VDA is a springboard for Vermont dancers and a public platform for dance in Vermont. VDA acts as an agency that plans and produces events, cultivates relationships between dance artists of all genres, educates and informs the public, and brings high-quality dance events to our communities statewide. VDA’s mission is to work with a statewide network of artists and partners to excite, educate and inform all members of the public, including senior citizens, children, individuals with disabilities, and low-income citizens.

Image courtesy of Hannah Dennison.
VDA Needs Your Support!
In this time of giving and gratitude, Vermont Dance Alliance is hopeful and energized to embark on our first annual fundraising campaign! “Bringing Dance To Life” to us means making it accessible and gratifying for all to tap into.
By the end of 2017, we are looking to raise $16,000 to ensure that we can successfully run all of the exciting programs we have envisioned for the year ahead! Your donation will support our Winter Gala, Spring Dance Symposium, Summer Traces event, as well as master classes, informal performances, pop up events, expanding our outreach and placing more dance in schools and senior centers. Please tell a friend. There is no donation too small. Your donation is tax deductible. To support VDA visit here, or mail to: Vermont Dance Alliance, 172 North Avenue, Burlington VT 05401, USA. 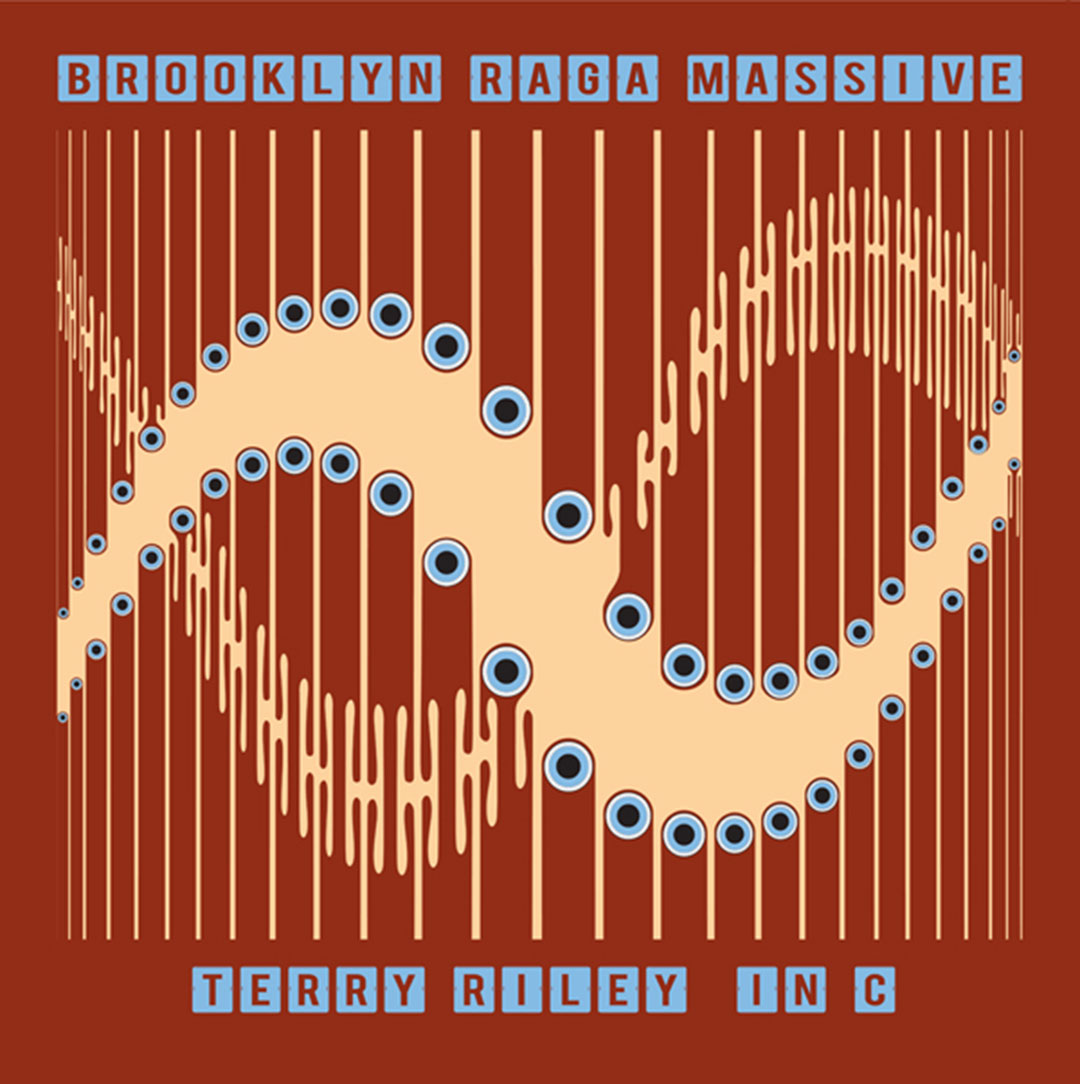 Brooklyn Raga Massive. Album cover art by Seema Pandya.
Brooklyn Raga Massive Music Video Premieres on NPR Music
NPR Music premiered Brooklyn Raga Massive’s new music video for their album, “Terry Riley In C.” This album was produced and musically directed by alumnus Neel Murgai (MFAIA-VT ’10). The video, featuring a 7.5-minute excerpt of music from the 75-minute album, showcases the various members of the collective in their element. From morning rituals, riding the subway and eating dhosas, to meeting in the park, playing music and backyard bonfires, we see BRM in a heartwarming slice of daily life. Indian classical music itself is a soloistic form involving three or four musicians at most. In C, Terry Riley’s canonic, minimalist masterpiece, is composed for any number of any instruments, so it was an accessible way to bring together the entire collective to play exquisite music: with sitar, tabla, bansuri, vocal, violin, oud, cello, bass, hammered dulcimer, guitar, dragon mouth trumpet, cajun and riq. The video reflects the music and captures the community spirit of BRM. Terry Riley himself wrote after watching the video, “The extraordinary joyful humanity of the group shines through.”
View Brooklyn Raga Massive’s video here. 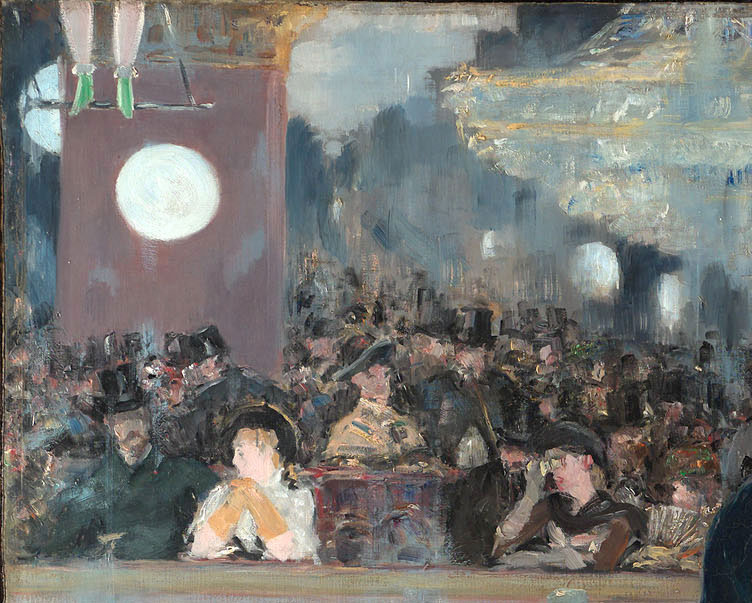 Detail of A Bar at the Folies-Bergère by Édouard Manet (1882). Image courtesy of Misha Penton.
Misha Penton and Chris Becker Release Quatre (Mallarmé)
Alumna Misha Penton (MFAIA-WA ’13) and composer/writer Chris Becker release the co-composed work, Quatre (Mallarmé). The piece began as a movement of Becker’s musique concrète-inspired suite “Portraits-Souvenir,” a work-in-progress inspired by the French avant-garde. The original version of Quatre was built out of a field recording that Becker made of toads and insects noisily croaking and chattering away after a Houston, Texas rainstorm. Becker edited and heavily processed the recording. Soprano, composer, and media artist Misha Penton improvised a vocal over the track, and chose for the text an excerpt from a poem by French symbolist poet Stéphane Mallarmé, whose words aligned with the various subtexts of the suite. Misha recorded two different, wildly dramatic vocal performances; she also recorded herself reciting Mallarmé’s words in French. Other sounds became a part of the piece, including the ticking and chiming of Becker’s great grandmother’s antique clock, the furious pecking of typewriter keys, and an abrupt burst of drunken laughter.
“Instructions for Being Water: A Performance Score” to be Published in Upcoming Under Western Skies 2016 Volume
MFAIA Program Director JuPong Lin and MFAIA Faculty Advisor Devora Neumark, PhD are delighted to announce that their co-authored chapter titled, “Instructions for Being Water: A Performance Score” (written with the collaboration of former MFAIA Faculty Advisor Seitu Jones) has been accepted for publication. This prospective peer-reviewed book on water is forthcoming from the Under Western Skies 2016 conference, though it is not a conference proceeding. The book, like the conference itself, is intended to be an interdisciplinary and community-engaged project. The four editors of this upcoming volume come from an array of disciplines: Robert Boschman (Arts and Humanities); Connie Van Der Byl (Business); Michael Quinn (Environmental Studies and Sciences); and Sonya Jakubec (Community Health). Currently there are four chapter headings being considered to structure the volume: Water Imaginaries, Water and Indigeneity, Water and Justice, and Water Histories and Flows of Capital. 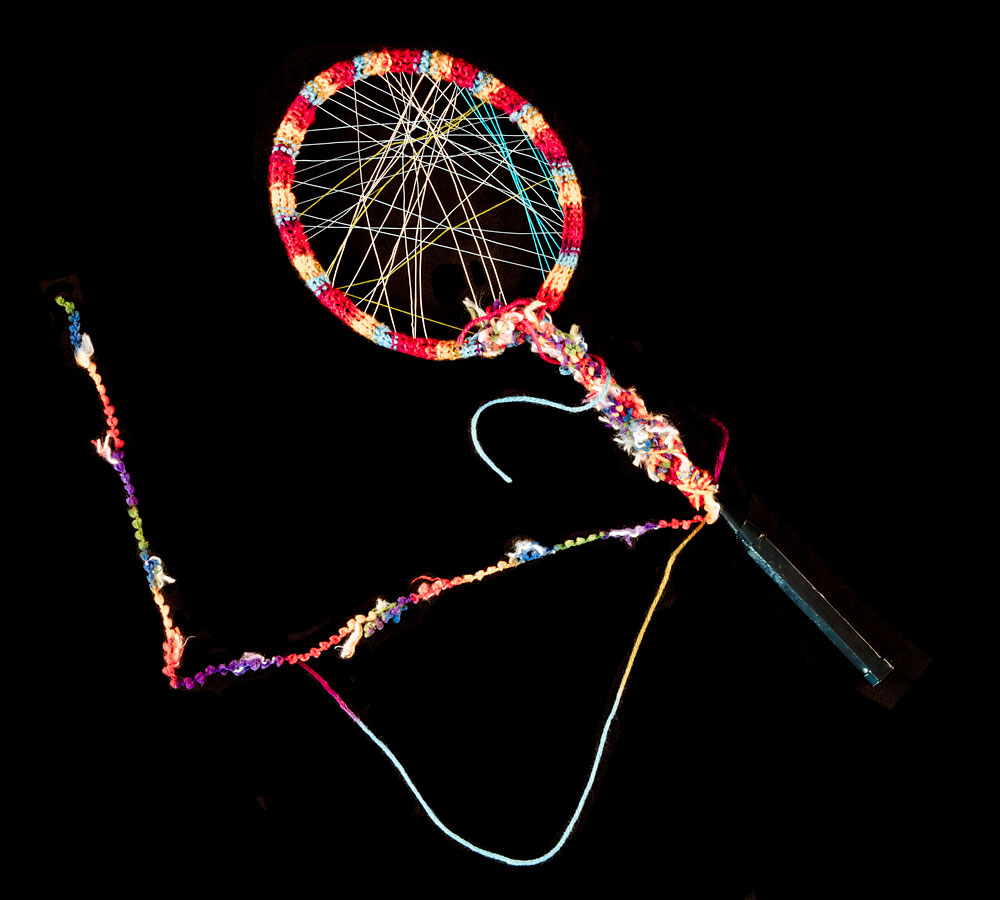 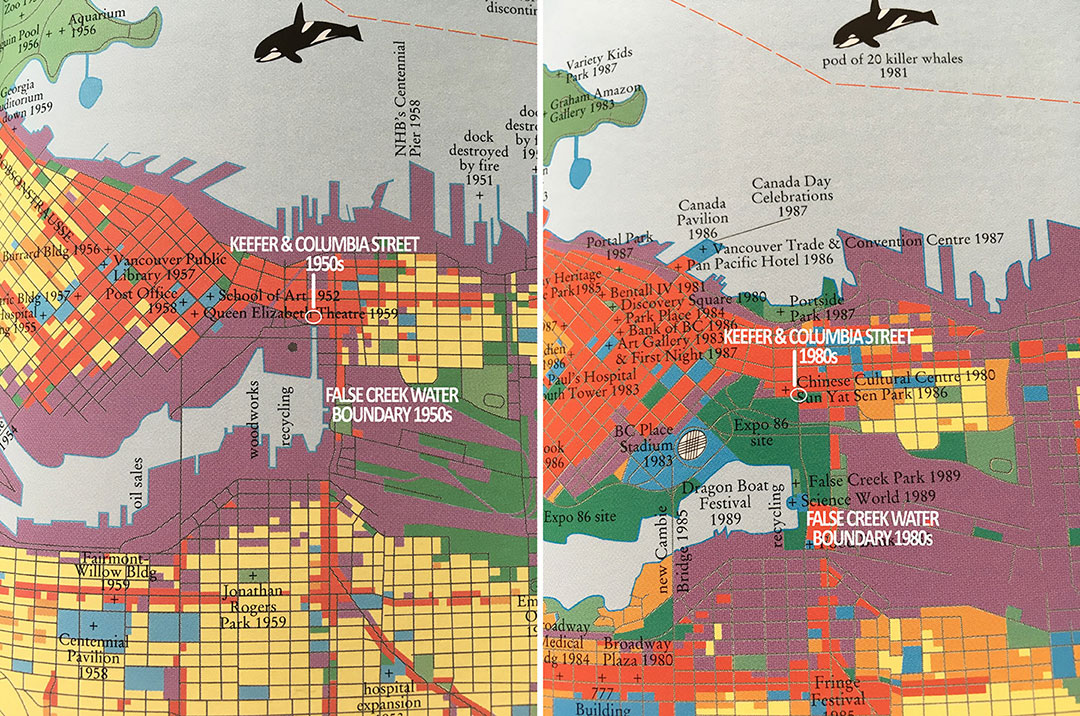 Two maps showing the change in the waterscape of the False Creek water boundary from the 1950s to the 1980s — the area of Laiwan’s research that began with her 2014 project FOUNTAIN: the source or origin of anything, located at Keefer and Columbia Streets in Chinatown in Vancouver, Canada. This area continues to be central in her upcoming research for the site of this bridge reveals a wound. Laiwan adapted the maps from historian Bruce Macdonald’s 1992 book “Vancouver, A Visual History”.
Canada Council for the Arts Research & Creation Grant
MFAIA-WA Faculty Advisor Laiwan has been granted a Canada Council for the Arts InterArts Research & Creation award for her project the site of this bridge reveals a wound. She will begin working on this new project in January 2018, while continuing work on two current commissions: one in collaboration with the University of British Columbia’s Department of Earth Ocean and Atmospheric Sciences for a public art project at a transit bus exchange; and the other for a month-long installation in Spring 2018 at SiteFactory, a bus converted into an art gallery platform founded by recent MFAIA-WA residency visiting artist Leah Weinstein, for a project Ten Different Things, organized by LivingLabs at Emily Carr University and CityStudios with Simon Fraser University, examining civic issues in Vancouver, BC, Canada.