FACULTY
Deborah Brevoort‘s opera Steal a Pencil for Me, written with Gerald Cohen, will be presented in two concerts in April in Scarsdale and NYC.  An article appeared in Opera World with all of the details.
Beatrix Gates read and spoke about her poems and creative process in a program shared with artist Rebecca McCall as part of a Lenten Series at the Reversing Falls Sanctuary in Brooksville, Maine in early March.  At the AWP Conference the following week, Gates presented a paper entitled: “Changing the Subject –What Remains: Adrienne Rich and How Meanings Arrive on the Page” on a panel with Alicia Ostriker and Jenny Johnson, organized by Michael Klein.
John McManus has been awarded a Fulbright scholar grant to South Africa in 2014 to research his novel on gay refugees in Cape Town. He’ll be there from February through December 2014, working on the book and teaching one class a semester at the University of Cape Town.
Richard Panek gave a reading on March 27th at Sulzberger Parlor, on the third floor of Barnard Hall (Broadway a block north of 116th).
Rahna Reiko Rizzuto‘s interview with Ruth Ozeki appeared on SheWrites. They discussed Ozeki’s new book, A Tale for the Time Being, and talk about being a writer (and a thinker) in the world first, and how that writer and her preoccupations end up on the page.
Program Director Paul Selig spoke and signed copies of The Book of Love and Creation at Book People in Austin, Texas on March 21.  And “for reasons unbeknownst to me” he was cited as a Happiness Expert in the Huffington Post.
STUDENTS & ALUMNI
Chera Miller (MFAW ’14) had a poem, “Tornado Alley”, in the latest issue of Rattle. Its “sister” poem, “Storm Chasers,” is upcoming in Tar River Poetry. She also did a reading in North Carolina at Flyleaf Books in Chapel Hill. 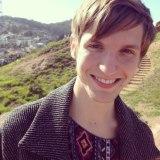 Kyle Bella (MFAW ’14) is happy to announce his fundraising campaign for the book project, Queer Embraces,  was a success.  He even exceeded his goal and will be traveling for 3 months doing research starting in May.  He has a new blog, Queer Embraces, that will chronicle his experiences.  He also published “Why It’s So Hard to Talk About Barebacking Sex” on the BuzzFeed website and it received close to 40,000 hits and counting.
Kelly Brannon (MFAW ’15) is hosting a monthly storytelling series (moth-style stories, short fiction, and poetry included) every third Wednesday of each month called Sycamore Stories: The Humpday Monthly at Sycamore Bar in Brooklyn.  To read/perform or for more info email: sycamorestories@gmail.com
Noah Dorsey (MFAW ’14)’s new comic Saint Chaos is previewed on Comicsonice.com.
James Ferry (MFAW ’12) had an excerpt of his memoir published in the spring issue of the Citron Review. 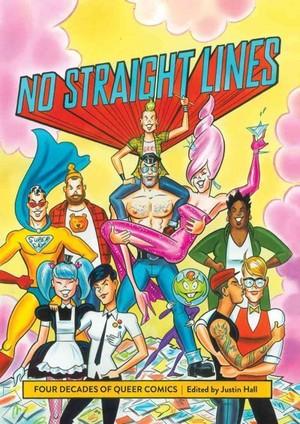 Justin Hall (MFAW ’14) wanted to let you know that No Straight Lines: Four Decades of Queer Comics is a finalist for the Lambda Literary Award in LGBT Anthology, and is nominated for an Eisner Award!
Mary Johnson (MFAW ’02) appeared on Chris Matthews’ “Hardball” on MSNBC today in early March, speaking about the conclave to elect the new Pope.  She also published a piece in the Sunday New York Times Magazine on Palm Sunday.
Matthew Mayo (MFAW ’03)’s book, Tucker’s Reckoning, has been awarded the 2013 Spur Award for Best Western Novel by the Western Writers of America. 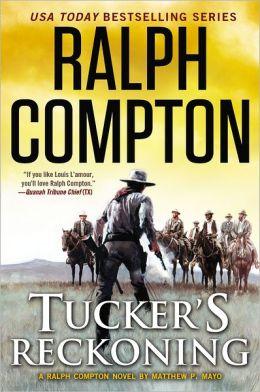 Tony Mena (MFAW ’14) had a poem accepted by Iron Horse Literary Review out of Texas Tech University.
Pamela Mooman (MFAW ’13) has an article in the online publication Identity Magazine. The scheduled publication date is April 17th.
Shae Savoy (MFAW ’14) had a poem “kansas couplets” accepted for the “home” issue of Pocket Guide.
Ashley Summers (MFAW ’14)’ beer-travel article and photos will be published in Fine Finish Magazine, an Oregon-based statewide publication on fine cuisine, beer, wine, spirits, and travel.
Keisha Thorpe (MFAW ’13)’s short film, woeBEgone, that she co-wrote, co-produced (under 4Reelz Productions) co-directed, and acted in, played on March 24th at the Night Of Short Films V festival alongside Curfew, which just won the Oscar for Best Live Action Shot.