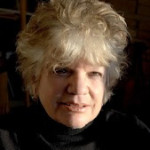 Victoria Nelson, a member of the faculty in Goddard’s MFA in Creative Writing program, is the recipient of a prestigious Guggenheim Fellowship for 2016.
The Fellowship is often characterized as a “midcareer” award, and is intended for men and women who have already demonstrated exceptional capacity for productive scholarship or exceptional creative ability in the arts.
Appointed on the basis of prior achievement and exceptional promise, the successful candidates were chosen from a group of nearly 3,000 applicants in the Foundation’s ninety-second competition. Nelson is one of 175 scholars, artists and scientists to receive the award this year.
The John Simon Guggenheim Memorial Foundation offers its Fellowships to further the development of scholars and artists by assisting them to engage in research in any field of knowledge and creation in any of the arts, under the freest possible conditions and irrespective of race, color, or creed.
Nelson received her Fellowship in Humanities for Literary Criticism for her work exploring a range of writing genres including fiction and memoir, scholarship, literary criticism, and dramatic writing. She has published two volumes of short fiction, Wild California and A Bestiary of My Heart, and a study of creative resistance, On Writer’s Block, that was a Book of the Month Club alternate in its second edition. A formative decade in the Hawaiian Islands produced the memoir My Time in Hawaii.
For more about Nelson’s work and the Guggenheim Fellowship, please visit the John S. Guggenheim Memorial Foundation website.

Goddard College is a liberal arts institution offering low-residency bachelor’s and master’s degrees from its campus in Plainfield, Vermont, and its educational sites in Port Townsend and Seattle, Washington. Constituted according to the ideals of democracy and principles of progressive education developed by John Dewey, Goddard’s curriculum is centered in the problems of choosing and deciding—students decide their areas of study, they determine which resources they will use, and they devise how they will measure what they learn. The College was founded in 1863 and moved to its Plainfield campus in 1938. It is accredited by the New England Association of Schools and Colleges, Inc., through the Commission on Institutions of Higher Education. Visit goddard.edu.