Charlie Bondhus’s (MFAW ’05) second poetry book, All the Heat We Could Carry, winner of the 2013 Main Street Rag Poetry Book Award, is now available for preorder.

Tony Mena (MFAW) had an essay posted online by The New York Times.

Natalie Raymond (MFAW ’15) was interviewed by new online feminist culture magazine Luna Luna in their artist spotlight feature this week.  Also, she has a poem coming out at Whole Beast Rag.

Jacob Shore (MFAW ’12) will have his play Down the Mountain and Across the Stream presented in the New York International Fringe Festival at the Kraine Theater, 85 E 4th Street NY, NY in August.

Chelsea Werner-Jatzke (MFAW ’12) will be doing a series of readings over the remainder of the year in Seattle and Port Townsend as part of the 2014 Jack Straw Writers Program. 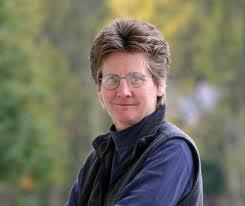 Rebecca Brown (pictured at left) curated a show, DEVOTION, at Hedreen Gallery at Seattle University’s Lee Center for the Arts in August.

Michael Klein’s panel proposal for the 2014 AWP Conference in Seattle, “The Art of the Book Review” has been accepted for inclusion in the program and consists of five writers/critics including Goddard faculty member, Darcey Steinke.  Also, all of the new work he recently read at the Vermont residency has been accepted by the annual literary journal, Little Star.

Rogelio Martinez has an interview posted on Kanjy, a new website for playwrights.

Richard Panek’s “A Short, Short, Short Story,” which he read at the January 2013 Vermont residency, appears in the Summer 2013 issue of The Southampton Review.

Paul Selig was featured on episodes of the A&E/BIO channel’s The Unexplained in August and in the same month taught workshops at the Omega Institute in Rhinebeck, NY and at the renowned Esalen Institute in Big Sur, CA.