Deborah Brevoort‘s opera Steal a Pencil for Me, written with Gerald Cohen, had its world premiere in Scarsdale and New York City on April 28-30.

Jan Clausen had a sestina from her poetry collection If You Like Difficulty, “Pigs Advance as Organ Transplant Factories for People,” appear in an all-sestina anthology edited by Marilyn Krysl and Carolyn Beard Whitlow. The volume is forthcoming from University Press of New England.  Clausen will participate in a celebratory reading at next year’s AWP Conference.

Kenny Fries had a world premiere of the opera The Memory Stone (composer Marty Regan, librettist Kenny Fries) on April 9 at Asia Society Texas in Houston.  He was also interviewed about the opera and it was also reviewed.

Beatrix Gates read poems at Aunt Mae Cabaret ~Too Hot To Handle, Too Rough To Touch~in Blue Hill, Maine on March 30, 2013, and was featured on WERU’s “Off the Charts” with Max Langstaff (WERU FM 89.9 Blue Hill/ 99.9 FM Bangor, Maine.)  She also was awarded an Artist’s Residency at the UCross Foundation in Wyoming in late spring 2013.

Elena Georgiou’s interview with Virginia Woolf (In a surprising one-day resurrection, Ms. Woolf  kindly agreed to grant Elena a short interview to talk about women and writing ) was published by VIDA on their blog, Her Kind. 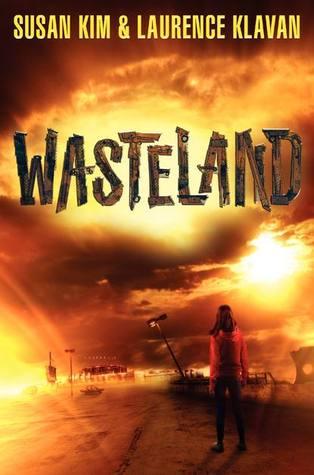 Susan Kim’s book for young adults, Wasteland, was published.  It is the first installment in a dystopian trilogy published by HarperTeen. (April’s Booklist praises its “brutal, fast-paced, and multi-layered plot.”) .  And, because, as Susan says, “publicity in YA is apparently more about social media and blogging  than anyone could possibly imagine, here’s a link to a Huffington Post blog I posted”.

Nicola Morris has three poems displayed at Birchgrove Baking, 275 Elm St., Montpelier, VT as part of the 2013 PoemCity program in which poems are displayed throughout Montpelier for the Month of April.

Victoria Nelson‘s Gothika (pictured at the top of this post) won the PROSE Association of American Publishers 2012 prize for Excellence in Literature.

Rachel Pollack returned from two weeks teaching in China, at the invitation of a dedicated group of my readers.  In partnership with an Israeli Kabbalist, she taught and lectured in Beijing and Shanghai.  In addition, her novella, The Queen of Eyes, an excerpt of which she read at the last residency, has been accepted for publication by Fantasy and Science Fiction.  And, finally, Audible.com has released two of her novels as audio files.

Program Director Paul Selig offered a weekend workshop, “I Am the Word: A Workshop in Conscious Transformation,” at Kripalu in Stockbridge, MA in April and was the Keynote Speaker at Serendipity Festival in Cloverdale, Indiana April 26 – 28.

Sarah Cedeno’s (MFAW ’14) non-fiction essay, “Sibling Rivalry” will be published in Animal Literary Journal in May.

Justin Hall’s (MFAW ’14) book,  No Straight Lines: Four Decades of Queer Comics, has been nominated for an Eisner Award
for Best Anthology.

Cody Pherigo (MFAW ’14) was asked to perform his first paid gig at the show Wordplay, which will be performed on May 4th in the Calamus Auditorium of Gay City, in Seattle, WA.

Rachel Sarrett’s  (MFAW ’14) essay “My First Crush” will appear in the May issue of  Foliate Oak Literary Magazine.

Debbie Staley (MFAW ’12) will be teaching at Full Sail University and continues to publish with Bell Bridge Books. She is starting a new series, and the first book will be out in October.