Third World Newsreel (TWN) is the oldest film/video organization in the United States focused on the work of Black, Indigenous, and People of Color filmmakers and videographers, their stories, and communities. It promotes the self-representation of traditionally marginalized groups as well as the negotiated representation of those groups by artists who work in solidarity with them in the creation of media that effects social change, encourages people to think critically about their lives and the lives of others, and propels people into action. Goddard College is excited to partner with Third World Newsreel, to welcome artists and activists emerging from TWN’s training program. This partnership will also create pathways for current students to study at this respected alternative media arts organization.

Through this partnership, anyone who has completed Third World Newsreel’s Media Production Training Program and is accepted into an undergraduate program at Goddard will receive credit at Goddard for the work that they completed at TWN. These students will also be eligible for a $1000 partnership grant toward their Goddard tuition.  Current Goddard students can also enroll in TWN’s program and receive credit toward their degree.

The Origins of Third World Newsreel

Newsreel began in the 1960s as a collective of filmmakers in New York City and then spread throughout the country.  It created work that increased public awareness of political actions that national media distorted or ignored.  Newsreel offered a window into the anti-war movement, campus organizing, and civil rights activism.  In the 1970s, through the leadership of Black, Latinx, and Asian members, New York Newsreel changed its name to Third World Newsreel. Accordingly, it shifted its focus toward training and promoting a more diverse pool of filmmakers and representing international communities of color.

Since the 1990s, Third World Newsreel has grown into a  media center. It offers training programs in filmmaking and production, screenings, film distribution, and impressive catalog of films. These films continue the essential work of telling stories that other media outlets intentionally ignore and engaging critically with the complex dynamics of marginalization and resistance.

Goddard College has a parallel history.  The college was similarly a center for student activism and counterculture in the 1960s.  In 1970, BIPOC students and faculty started the Third World Studies Program. It was explicitly based on the idea that “the struggle for liberation and freedom is international in scope” and prioritized the need “to consider the political nature of education and to place it within the context of a crucial matrix in the struggle for freedom.”  That same year, the college held the Alternative Media Conference. This was a national gathering of over 2000 people involved in alternative, experimental, and activist media.

Since then, the college has sustained a commitment to encourage people to think critically about their lives and the lives of others and to take meaningful action in the world. It has graduated many alumni who are activists, artists, and media makers in their communities. Most recently, the BFA in Socially Engaged Art, which launched in 2019, demonstrates this ongoing commitment.

H. “Herukhuti” Sharif Williams is a core faculty member in Undergraduate Studies and co-founder of Goddard’s concentration in Decolonial Sexuality Studies. He has helped to facilitate this partnership between Goddard and Third World Newsreel.  A playwright, poet, sexologist and public scholar, Herukhuti is also an alum of Third World Newsreel’s Production Workshop.  In that workshop, he began working on the film No Homo | No Hetero, which explores sexual fluidity and manhood in Black America and which he is now developing into a full-length film. “I am eager to witness how Goddard can be transformed by the possible infusion of artists, activists, and artist-activists that have come through TWN’s doors and how Goddard students can be transformed by the possible inclusion into the community that TWN has cultivated for decades,” Dr. Herukhuti shared upon the finalization of the agreement between the two institutions.

Learn more about this transfer agreement and the $1,000 grants for Third World Newsreel graduates. Call 800.906.8312, writing to admissions@goddard.edu or complete an inquiry form. You can also learn about the range of graduate and undergraduate degrees that Goddard offers. 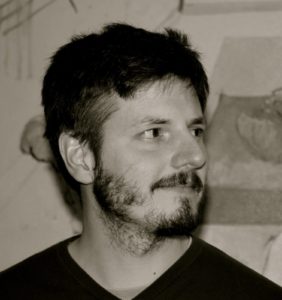