When I was coming up, professionally, in the middle of the 1970s, my colleagues and I at The Women’s Mental Health Collective in Somerville, Massachusetts had this idea (or maybe we didn’t have this idea ourselves but rather there was an idea around, part of the zeitgeist, the cultural atmosphere). The idea was that in psychotherapy, particularly long-term psychotherapy, a person could “work through” individual inner “issues” which meant they would fade from psychic life. Sort of like Buddhist enlightenment, or a child’s idea of adulthood: All irrational fears, all insecurities, vanished. This was our gold standard for counseling for ourselves and our clients.
In this way we were deeply wedded to the concept of nurture over nature. I do not think I believed in nature at all. At The Collective we were all activist feminists (and still are) – so we despised anything that smacked of so-called eternal truths. One of my colleagues used to refer with particular contempt to studies of the “blue-nosed baboon” that proved that primates and therefore homo sapiens were inherently male dominated and aggressive. Our feminist and socialist response to the blue-nosed baboon studiers of the world was: “Domination and aggression are social constructs which can be changed if a society wants them to change.” I still believe this to be true. But I no longer believe it is the whole truth.
My understandings have evolved as my experience in the field has evolved and as the profession itself has changed. On the one hand, real and difficult life challenges exist that cause individuals to be seized by anxiety or depression or a confused knot of ideals, ideas, goals, shames and desires. Counseling can help untangle and comfort or challenge these emotions and life choices. On the other hand we now know that the nervous system pathways for fear and anguish remain etched in our neurotransmitters long after a harming event has passed. Furthermore, once a pattern of neurons transmitting fear gets established, it has a life of its own. It will not on its own go away. Fear will arise when there is no menace. In fact, menaces may be invented so that the mind can account for the feeling of fear. The mind wants to put every feeling, particularly negative feeling into a story. 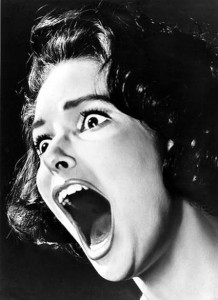 Also, and here’s the fact that thirty years ago I would have fought against: many nervous systems are already primed for alarm before anything disturbing has occurred, as we are also primed for status struggles – both inheritances from our blue-nosed ancestors. Back in the paleolithic day, these held some evolutionary advantages. Now, maybe not so much. But we’re stuck with ourselves.
The human nervous system was not made for the incessant demands, accommodations, noise and stimulation of modern life. It often exaggerates or is downright unreliable, some nervous systems more so than others. Mine, I would say, is definitely of the lying, cheating kind.
Take this morning, for example, a Saturday. A free day. Nothing on the schedule. After breakfast somewhere in my muscles, perhaps, along my spine, I’m not sure where – but a dark feeling starts to arise, as if I have failed at something and am about to be accused. This part of me sees an open day as a threat to – to what? Hard to say. It’s an anguish that the first philosopher of modern anxiety, Soren Kierkegaard, called “the dizziness of freedom.”
In the past I would have attributed this dark feeling to being chronically misunderstood as a child of chronically anxious parents. At another time I might have attributed it to a thousand years of Jewish insecurity. At still another time I might have said it comes to me because I am female, and women are not safe on this planet. And there are nuggets of knowledge in each of these propositions.
But now I would say that I feel this way because I am a human being (a privileged human being at that) and like many others of my kind, I am sometimes filled with worry and doubt for no reason.
For more years than I like to count I interrogated this part of myself as if I were a member of the secret psychology police: Why are you here? Where did you come from? Where are your papers? Aren’t you done with this?
More recently I have learned to turn towards this, to me, terrible and usually inexplicable feeling of dread. I do it like this:
First, I aim to catch it, like the brass ring of suffering, as soon as it starts. In this way I am, oddly looking for it, welcoming to it. Then I try to locate where it is in my body. Which, to me, is easier said than done. Third, as best I can, I put my attention empathetically on that place in my body. Finally I nod to it with a kindly expression, metaphorically speaking. Which process could last a minute or an hour or on and off all day while I’m doing other things. As Christopher Germer points out in his book “The Mindful Guide to Self-Compassion,” I become my own best friend. 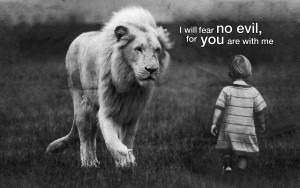