Goddard College would like to formally recognize Dr. Mayme Clayton for her contribution to the field of preservation of Black History. We honor her legacy and commitment to the mission of her Library and Museum: “to collect, preserve, exhibit, and celebrate the unique history and cultural heritage of Americans of African descent.”

This statement begins Dr. Mayme Clayton’s Master’s thesis submitted to Goddard College in February 1976. Titled Autobiography: A New Concept for Librarianship, the thesis opens with a detailed biography of her life growing up as the daughter of a shop owner in Van Buren, Arkansas in the 1930s and 40s.

“Blacks lived across the railroad tracks in a place which we called Babylon or Riverside.”

Her father Jerry learned about small business management at Arkansas Baptist College. With her mother Mary, the family opened up a small restaurant that catered to laborers passing by.

“This arrangement, I was told much later, proved to be nearly as compatible as their marriage because mother was a natural-born cook and father was just about the greatest public relations fellow alive.”

As a girl growing up in the rural South, Mayme Clayton would help her father ring the till at the restaurant. Young Mayme, and her dog Spoots would creep upstairs late at night to the juke joint, to take in the blues emanating from the makeshift dancehall. “Spoots defended me against the world and was my constant protector and ally.”

Her parents were astute business-people and committed community members. Her father was a tutor, scout leader, and baseball team organizer. Jerry Agnew’s scout troop is mentioned in Dr. Clayton’s thesis. “Many of the boys did not have parents and my father served as a very vital and positive image for these youngsters.” she writes.

Her father was active in local politics and was even a registered voter, something nearly unheard of at the time. She writes, “Although he was only permitted to register in the Republican Party, Father unlike most blacks could vote. Very few blacks voted in those long ago American days of Jim Crow laws, because few had the money to pay the poll tax and even more disturbing, few could read the King’s English anyway.”

In her adult life, Mayme Clayton’s learning never ceased. She began collecting the works of Black authors as well as Black historical ephemera everywhere she could.  She was amassing a monumental collection of Black history.

Dr. Clayton came to Goddard College after facing rejections and racist attitudes from her employer at the university library at UCLA Law School, where she helped in the orientation of new students of color, as well as assisting Black community folks who used the library to research important legal matters. Despite the trials of ongoing racism, Dr. Clayton was determined, “I began seeing my expertise benefit minority communities and to a much larger degree bringing people together of different races, cultures, and backgrounds for the common good.” (pg.48)

Her personal mission led her to pursue a degree in Library Sciences from Goddard College in 1974-76, through the Goddard Graduate Program. An innovative remote learning degree program created for working students and students with multiple obligations, GGP allowed many working folks the chance to continue their personal commitments while getting a degree via mailed-in packets of course work each semester. Goddard’s current low-residency programs still reflect this flexibility and rigor in self-exploration.

With her ALS from Goddard completed, her personal collection of ephemera, collected over 45 years, underwent a massive reorganization. Her collection, housed in a three car garage adjacent to her home supported not just a vibrant community library, but also a museum, learning center, wholesale book distributor, and Black study and research group.

The culmination of her thesis for Goddard College is the foundation and mission statement of the Western States Black Research Center (WSBRC) because she believed that “children should know that black people have done great things.”

Mayme Clayton began collecting the works of Black authors everywhere she could.

The Mayme Clayton Museum and Library became the repository of over 2.5 million individual articles of Black culture– books, newspapers, film, movie posters, anything she came across from decades of searching second-hand shops, flea markets, book stores, and countless other locations she scoured in the Los Angeles area.

Dr. Clayton had a penchant for securing and preserving the work of Black artists by whatever means necessary. Not to be pegged as overly bookish, Dr. Clayton was an active and accomplished golfer. Dr. Clayton organized golf tournament fundraisers to support the WSBRC.

She also held film screenings called “Black Talkies on Parade”. Most of which she herself acquired from a Black film studio, Lincoln Moving Pictures Company. Dr. Clayton was also known to raid the “morgues” from black newspapers, acquiring photos and articles at bargain basement prices.

Want to experience a treasure trove procured from the Clayton collection? Take a look at the Clayton Museum YouTube channel, where you’ll find rare home movies of Marie Dickerson Coker, and a glimpse of the life of an artist, circus pilot, and Black socialite in Los Angeles in the late 1920s.

In 2006, shortly before Dr. Clayton passed away, a permanent home for her collection at an old federal courthouse in Culver City, CA was announced. A short term lease agreement with the city led to a 12 year long struggle to maintain the library and museum. The collection has since been moved to California State University Dominguez Hills where it has been since July, 2020.

Dr. Clayton’s frustrations with academia and libraries who stubbornly refused to accept the concept of preserving and promoting Black history can be clearly heard throughout her Goddard thesis.

“My ultimate goal was collecting all of the Black books on history and literature I could find. To my dismay, I constantly came in contact with librarians who did not consider old books dealing with the Black Experience very positive. Hence, I could visually see our history being lost and decided to purchase and salvage whatever I could or not afford to buy.” ((Dr. Mayme Clayton, Goddard thesis, pg. 120)

In the thesis, Dr. Clayton describes her struggle with a decision to stay on as a librarian at UCLA  question of librarianship vs. becoming a rare book store owner. “I meditated, prayed, and asked for guidance in making my decision.”

In a surprise move, she became a partner shopkeeper. In March 1972, Dr. Clayton realized the mistake she made.

“On one of my return trips, I found that Larry had gambled away a substantial amount of money. Knowing that I would eventually pull out of the partnership, I began taking an inventory of my personal assets, and with my retirement and some savings I found that I had the beginnings of a bookstore of my own.” (pg. 123)

Dr. Clayton found a new purpose. She began to source wholesale books, and became a distributor of titles. Third World Ethnic Books opened on June 15th, 1972 with 2500 titles in the catalogue. She had become a salesperson and distributor of Black authors to libraries around the country.

“Third World Ethnic Books started seriously collecting books when I realized that all of Black History was slowly getting away from us. The idea behind the whole concept was to save our history. It was very frightening to realize that so few people are actively involved in collecting and if we are not careful, the records of our history in this country can be permanently lost. Right now, it is just misplaced. (pg. 125-126)

Dr. Clayton’s love of “the hunt” for new rare books is evident in the thesis.

“It is such a wonderful feeling to find an old black history or literature book back in some garage, garage sale, in an attic buried away in some trunk or at a swap meet. To me it is just as exciting as striking oil! When I ran across the slave list written by Lord Romney in 1790, I was so elated and overjoyed to have and own such a rare piece! When I found, at an antique store, two volumes by Dr. Jules Furario, entitled African Costumes and Art written in 1822, I was once again ecstatic!” (pg. 126)

“As we continue to make strides toward our goals and try to fulfill our dreams that one day the realization that a collection for the preservation on Black history and a National Black Archives will exist for our boys and girls so that they can have something to point to with an uplifted head, a light heart, and knowledge about there they came from, who they are, and some direction as to where they are going.” (pg. 119)

With her unbounded conviction and dedication to Black history preservation, Dr. Mayme Clayton is an inspiration. As Goddard students continue to “dig deeper” in search of the roots of systemic and structural problems we face as a culture and society, Dr. Clayton’s actual digging to uncover lost stories in Black history remind us that the physical labors of taking action in the world are as equally vital as emotional and academic rigor.

Read more about Dr. Mayme Clayton’s life and mission at the MCML museum website. Goddard College’s YouTube channel features several videos on Black History that include alums such as Dr. Clayton. If you have comments or contributions to this story, please contact news@goddard.edu.

Black authors and creative works could be central in your Goddard studies. All programs offer the flexibility to gravitate towards the learning opportunities of your choosing. Advisors assist you every step of the way, acting as second readers, proposing resources and positing questions. Contact admissions@goddard.edu and make an inquiry into a BFA, MA or MFA degree program and dig into your personal goals and life’s work. 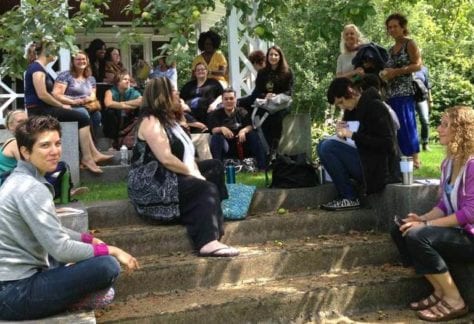 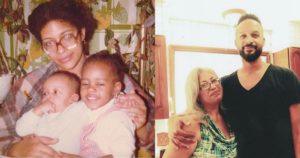 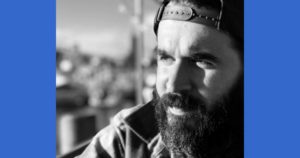 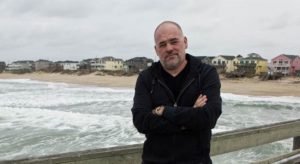