To celebrate Walter Butts, I want to write specific things about what it was like to work with him. Here is a sentence that I have found myself saying over and over since he passed away:

Walter Butts was one of the best colleagues I ever had.

Walter could be counted on to speak his mind, to dissent, to agree, to support. He was not afraid of saying he was not sure and that he would need some time to consider something. I admired the way he could disagree without making anyone mad. In the pressure cooker of the residency, in the at times tense space of a Goddard faculty meeting, and through some bumps in the undergraduate program road, Walter was solid and wise.

And on residency evenings he loved to tell and listen to stories and have some laughs. In both contexts—at work and after hours—I can hear his voice now, and that makes me smile.

And then there is his poetry. 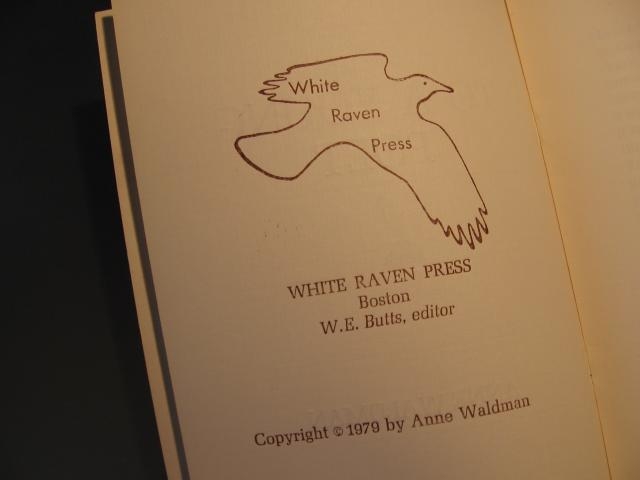 Walter’s poems, in their clarity and vulnerability, are inseparable from his character, his way of being. His poems are easeful and complex, conversational and musical, and I could not figure out how he did it! I tend to torque grammar, to not trust language, and my work shows this doubt. When I was in the presence of Walter, hearing him read, I was in awe of his craft and intention and ability to connect. His poems oozed faith in this: relationship.

We agreed amicably that we had different aesthetics. Just last fall, Walter told me that he had hoped “the poetry wars” were forever dead and I seconded his wish. That kind of aesthetic cohabitation and admiration in writing programs is rare and speaks to Walter’s miles-deep understanding and total lack of defensiveness!

Walter knew experimentalism—the first year we worked together, he made it a point to find out what writers I was reading and he told me how much he loved the Poetry Project on the Lower East Side of Manhattan. It was a place he knew well. In fact, Walter gifted me a copy of a rare chapbook by Anne Waldman—one of the Poetry Project’s founders—put out in 1978 by his press, White Raven Press. What a gift!

And what a great first sentence: “Never forget you are what you are making, the intricacies of feeling change in autumn – how crystal the conscious mind, how unsettled the leaves seem – and not be irritated.” 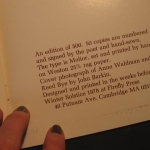 I imagine Walter taking this to heart. He seemed to breathe this very idea: embrace change and do not be irritated!

The chapbook is entitled To a Young Poet and reading the note at the end of chapbook, I imagine a young Walter bending over, setting type, and I am moved by another document of his generosity.

I think of Walter’s crystal clear narration, how his poems contained epiphany infused with humility. He chose not to call attention to artifice except to use the most natural, breath-based line breaks to “score” his work—to invite an out-loud reading by anyone, everyone.

His work, though intensely personal at times, still reached out with very open arms, inviting readers in, gently. Walter’s poetry teaches me how to use words in order to connect.

The social context was not far away from his work and in fact it was often contained in his verse. He was familiar, intimately, with large-scale injustices but chose steady storytelling over gestures of complaint. I didn’t ever talk to him about this choice and I wish I had. But if I can guess now, I think he conceptualized anything too loud as a potential desertion: a shout might too easily eclipse the particulars of pain that needed to be precisely named and heard.

There were many times that I wanted to be Walter’s student. If Walter and I had actually worked in close physical proximity, I think I would have tried to slip some of my work under his door and ask, shyly, and only if he had time, “would you give these a read and tell me what you think?” I had a feeling that as a teacher, he would blend encouragement and critique in order to inspire me to return to the page.

I missed Walter when we were not at residencies. We wrote emails back and forth, to check in. And I think the first time I did this—reaching out with non-Goddard news or business, just a friendly hello—I signed off “your colleague down the hall” and from that point on, we both signed our emails this way to each other. 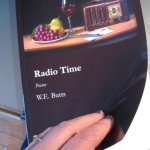 In the summer of 2011, when Walter was busy putting together his new and selected poems, Cathedral of Nervous Horses, published in fall 2012, I moved from Brooklyn to Chicago and there were other upheavals in my life at that time. I felt grief-soaked. Without thinking about it too much, I did not pack Walter’s book Radio Time in a box—no, I placed it in my luggage so that I had access to it.

Then in September of 2011, after a month in a new home, trying to get settled, I wrote this:

“Today I am reading and re-reading, trembling because of the text’s registers of compassion, the book of my colleague and friend, Walter E. Butts.”

There is work that trembles because it is anxious; Walter’s work trembles in its compassion. So much so that after Walter passed away, I looked to his poetry to help me navigate the events of the week ahead. I carried one of Walter’s books around in my book bag. I photocopied this poem of his and handed it out to my students, as I was able:

When the Dalai Lama first heard

the bombs falling on Tibet,

he whispered to a monk,

“They have stolen our silence.”

Today, at the clinic,

whirred above my head.

But later, my doctor,

I knew then it was time

to abandon my elaborate theories

of happiness and to be,

Walter’s work is instructing us on how to handle pain! No elaborate theories. Only allow for touch where we are most vulnerable. Touch in a gesture of beauty.

Dear members of the Goddard community, all makers of poetry, and all who care about language, stories, and others:

We are going to miss Walter Butts and I wish he were not gone. But I am so glad he wrote poems and that we have them—this true imprint of a person of so much trembling compassion and generosity. 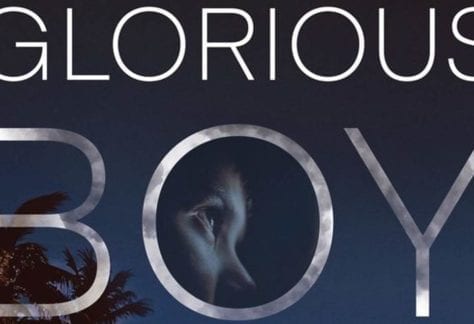 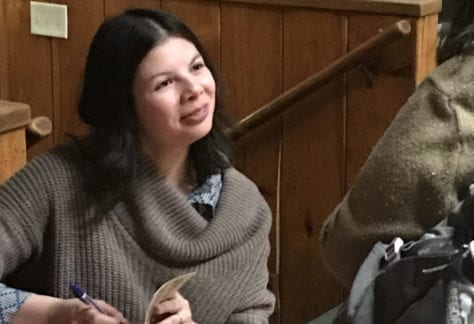 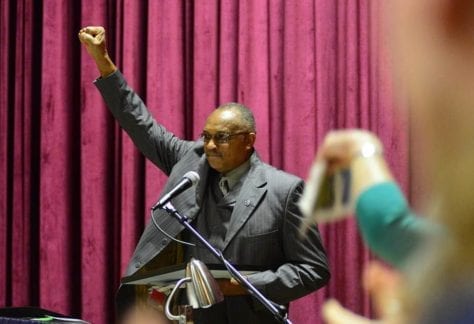 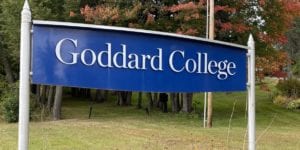